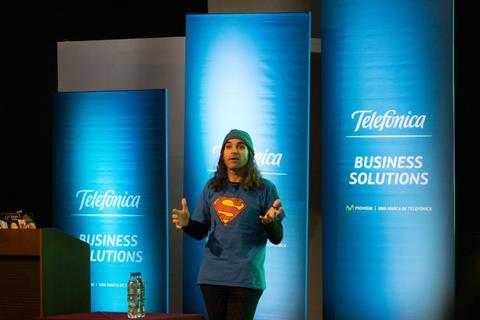 The move, reported widely in the Spanish media, has seen Alonso become President of Telefónica Open Innovation, the parent division of incubation, investment, and acceleration arm Wayra, as well as various other associated venturing initiatives and tie-ups.

Solana gets the party started

Current Open Innovation President (and one-time Telefónica Chairman) Luis Solana is being shifted into a new job overseeing preparations for the operator’s centenary celebrations, set for 2024, according to Cinco Días.

Solana was Group Chairman in the 1980s when Telefónica was still a state-owned company, and is reported to have had close links to the ruling party of the time, the Socialist Workers’ Party. Under the reign of current Executive Chairman José María Álvarez-Pallete, Telefónica has been moving away from senior appointments that could be portrayed as politically motivated, although the process has been a drawn-out one.

Tying the digital innovation room together

While not a dramatic change, the move is seen as strengthening the position of Alonso — who sits on the Telefónica Executive Committee and drives the Group’s digital agenda. He has been working under Chief Strategy & Development Officer Mark Evans since a 2021 reorganisation of Telefónica’s top team (Telefónicawatch, #157).

Even before the 2021 reshuffle, when Alonso was Chief Digital Consumer Officer for the Group, he was still overseeing and steering the activities of Telefónica’s venturing efforts (Telefónicawatch, #148).

Ever since taking on a broader role to devise Telefónica’s data-driven digital transformation strategy in 2016, he has had a wide-ranging remit that has not always been easy to pin down by job title. In a June 2022 podcast interview hosted by Broadcom, Alonso said he leads teams that work on platforms (particularly the key Telefónica Kernel digital platform), data strategy, digital services and products, and innovation.