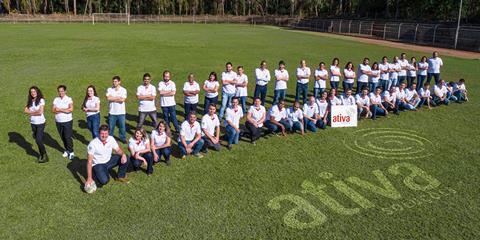 The investment builds on an existing partnership between Telefónica|Vivo and ATIVA Soluções, which has a footing in North and South America and provides a management platform (named Sollus) for industrial machinery, with real-time data-tracking and automation capabilities.

Livia Brando, Wayra Brazil’s Country Manager, suggested the injection of capital was premised on ATIVA’s participation in the Agro-IoT Lab programme, flagging that the vendor showed “high business potential and scalability” in the business-to-business space.

Agro-IoT Lab is a startup accelerator run by Vivo with support from Ericsson, biofuel-focused energy provider Raízen, and KPTL. In May 2019, Telefónica highlighted a new range of IoT solutions applied to farming and forestry machinery. These solutions were said to have been developed in collaboration with Agro-IoT Lab startups (Telefónicawatch, #134 and #135).

Telefónica has marked out the mining sector as an area of strategic focus, with a keen eye on Brazil and Chile — two of the largest iron ore producers on the planet — and ATIVA Soluções’ IoT solutions are a potential gap-filler for the operator’s portfolio.

Vivo recently paired with Nokia and mining group Vale to deploy a private LTE network at the Carajás mine in Brazil — pitched as a means of controlling autonomous mining equipment such as bolters, crushers, and drill rigs — with future 5G-enablement promised. Another mining group Telefónica is also helping provide a campus network for is Minera Las Bambus in Apurimac, Peru (Telefónicawatch, #138 and #146).