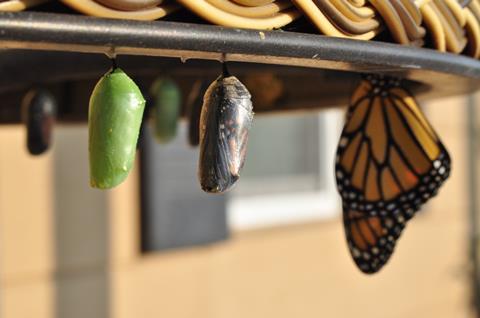 First flagged publicly in 2019 (Telefónicawatch, #131), the project has ostensibly been designed to allow the operating business to gain business flexibility quickly, but without having to rip out and replace a morass of legacy systems in bulk. It has seen at least 20 new services added to the operating business’s (OB) portfolio in recent months, aided by greater reuse of IT elements and refreshed internal processes.

Supported by the new stack, the OB’s overall objective is to “simplify our application map”, said Telefónica Peru Chief Information Officer Marco Vidal. “As you can imagine, in these 26 years [of Telefónica Peru’s time as a business], we [have developed] a fantastic mess in terms of applications, technologies, vertical solutions, and the integrations between them. The complexity is one of the biggest problems that we have”, he said.

As well as performing a tech tidy-up, the project has seen Telefónica Peru working to remove “hard-wired business processes” and create a more customer experience-minded focus within its organisation, added Vidal.

Keeping up with the OTTs

Speaking during a recent TM Forum webinar, Vidal gave a long list of business objectives for Project Apollo, supported by the creation of a more flexible and responsive, microservices-driven architecture based on Surge.

These include the typical commercial agility ambitions associated with digital transformation projects, such as enabling new revenue streams and accelerating time-to-market. Vidal was keen to stress that Telefónica Peru’s faster release of new services, using Surge, had helped both increase revenue and boost customer satisfaction.

The OB has had a particular focus on more quickly enabling new, over-the-top offerings — in part through microservices-based automation.

One of the first go-to-market moves to be instigated through the platform was an expansion of video-streaming offering Movistar Play, which had previously been confined to Telefónica Peru’s cable television users. The new service delivery platform supports subscription lifecycle management across a wider base, tied into the Telefónica Group Global Video Platform that underpins it. Vidal said 2.2 million users were now accessing Movistar Play each month.

The next step, said Vidal, will see the addition of Amazon Prime and Disney+ to the platform “in the next two months”.

Vidal made clear that there is a significant bottom-line financial focus to Project Apollo, albeit complicated by the need for care when replacing old processes and systems.

Despite the historical build-up of point solutions referenced by Vidal, the OB has taken a “two-speed” rather than “big bang” approach to overhauling its technology estate, he said.

Sitting behind Project Apollo is a longer-running, “five-year” legacy platform-replacement process that has seen Telefónica Peru’s mobile business support systems (BSS) stack consolidated onto one solution, and its fixed-line backend scheduled for a similar move in 2021.

Implementation of the Surge middleware appears to have been architected to create a portal between these old and new worlds. Legacy-replacement was something Telefónica Peru “needed to do”, but at the same time the OB needed to “speed up in some other things like OTT services”, necessitating new capabilities, indicated Vidal.

Tecnotree, for its part, bills Surge as a means for communications service providers to “fast track” digital transformation while “bridging… legacy services”. It includes a Digital Microservices Accelerator with open APIs that are described as “wrapping existing legacy services”, while also facilitating creation of additional APIs and enabling microservices orchestration.

Telefónica Peru has long had simplification of backend IT systems on its agenda, with a view to better coordination of customer-facing activities across different channels. Both Amdocs and Huawei Technologies were repeatedly referenced as working closely with Telefónica on BSS and service delivery platform integration work in Latin America during the first half of the 2010s (Telefónicawatch, 2009.05, #88, #92, #93, #97, and #98).

Vidal emphasised that Project Apollo was not just (another) technology upgrade but part of a broader change within Telefónica Peru’s business, stretching across culture and organisation. He emphasised that the OB was working to “implement a customer-centric mindset in our people”, and re-orienting development priorities around customer journeys and use-cases.

The initiative is also enabling a new model of service development, infused with DevOps practices, which Vidal said represented a “new way of working, with new tools, that helps to identify everything we have to do in order to accomplish a complete view of the customer journey”. “This is a new approach that is very interesting that we are working with in each project and in each application that we are doing with Tecnotree”, he added.

Telefónica Peru is by no means the only operator to be grappling with legacy challenges as it works to become a genuinely Digital Telco. In the same webinar, TM Forum Chief Analyst Mark Newman displayed a slide showing less than a quarter of telcos surveyed by the organisation were at a stage of “reaping” the rewards of digital transformation, and around four-in-ten had yet to move beyond “awareness” or “planning” these programmes. “When we look at these figures, and we think about ‘why does the industry seem to be making pretty slow progress in transformation?’, our observation is that many operators have started along the path of transformation but they have become quite frustrated, quite quickly, about the progress they are making. There is a willingness to transform but the early results are not as beneficial as they were hoping”, said Newman. He added that many telcos are likely to have several different digital transformation initiatives running at the same time and needed to “bring them all together” to benefit fully.

There was no indication whether other Telefónica OBs are following the Peruvian Project Apollo model as they progress their own digital transformation efforts. However, at Group level, Telefónica has been working to break down silos of local development that have led to situations where OBs are repeatedly finding solutions to problems that have been addressed elsewhere in the Group. With its Unified Reference Model for managing data that is intended to ensure that local applications can work effectively with centralised solutions (such as the Global Video Platform powering Movistar Play), the Group is hoping that systems and tools will become more readily replicable across its business (Telefónicawatch, #136). Whether Project Apollo is, in whole or in part, seen influencing transformation projects in neighbouring markets may prove to be an indicator as to whether the Group is reaping the benefits from driving its OBs towards consistent data modelling and standardised APIs.