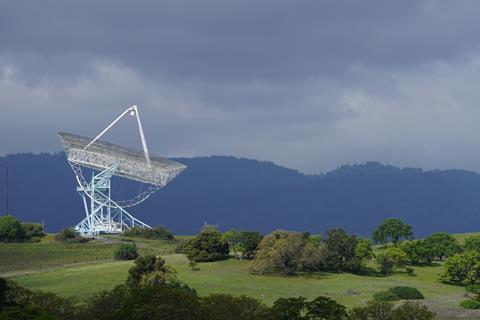 An online conference update on Telecom Infra Project (TIP) progress saw the spotlight thrown again on developments at the OpenRAN and Open Optical & Packet Transport (OOPT) projects groups — both areas in which Telefónica is an active participant.

The operator was also instrumental in setting up Solution Groups, a new TIP initiative aimed at developing end-to-end interoperability of disaggregated networks across access, transport, and core layers.

Beyond the RAN — OOPT, MUST, OpenBNG developments

While Santiago Tenorio, TIP Chairman and Vodafone’s Head of Network Strategy & Architecture, tends to grab most of the OpenRAN attention — and not unjustifiably so, since Vodafone is arguably making most of the running in sourcing ‘open’ radio hardware suppliers among TIP’s operator backers — the latest TIP update gave Telefónica a platform to talk about developments at the OOPT project group.

Víctor López, Network Evolution and Virtualisation Architect at Telefónica — who also co-chairs the OOPT project group — moderated a panel entitled Scaling Transport Solutions Globally — How do we keep momentum?, and flagged a number of initiatives, illustrating that OOPT remains a hive of activity.

One of them is a new subgroup called MUST (Mandatory Use Case Requirements for SDN for Transport). The main objective here is to accelerate and drive the adoption of software-defined networking (SDN) standards for IP/MPLS, optical, and microwave transport technologies. Telefónica, together with Deutsche Telekom (DT), MTN, Orange, Telia Company, and Vodafone threw its weight behind the subgroup.

“We are willing to accelerate the innovation and adoption of SDN technologies, and help the [supplier] community focus on [use cases] important for operators .”

TIP is also ramping up efforts to disaggregate fixed access networks, signalled by new work on the broadband network gateway (BNG) under the auspices of Disaggregated Open Routers, an OOPT sub-group.

“OpenBNG” technical requirements have been drawn up by Telefónica, BT, DT, and Vodafone.

The project is to implement an “operational model” already developed by Disaggregated Cell Site Gateway (DCSG), another OOPT subgroup, and — in the words of López — will issue a request for information (RFI) to “evaluate the readiness of the market in order to support the requirements of the openBNG solution that all [operators] are asking for”.

“The next stage”, said Paul Crane, Research Director at BT, is to “ramp up industry engagement, produce a more detailed specification, form project groups, and to focus on the main architectural options that you that we have with OpenBNG”. Crane also highlighted a need to “tackle thorny implementation issues”. The first OpenBNG lab trials are slated to start in the current quarter (October 2020–December 2020), and these are then intended to move into “early field trials” in 2021.

Aside from working on open APIs, López stressed that the OOPT project group — in keeping with the TIP ethos of trying to move to “real production” as quickly as possible — placed high importance on developing network simulation and planning tools.

TIP is now looking more carefully at “end-to-end” interoperability across different network layers through the new Solution Groups, which were officially announced a few days before the online conference.

Attilio Zani, Executive Director at TIP, explained the thinking behind the initiative. “For the last couple of years, through our Project Groups, we have dealt with point products, and delivered against the requirements and development of those components”, he said. “Now we’ve been asked [by TIP members] to build end-to-end network configurations that address specific market environments and topographies”.

Development of end-to-end disaggregated architectures is a priority of Enrique Blanco, Chief Technology and Information Officer at Telefónica, who emphasised its importance when recently signing a memorandum of understanding (MoU) with Japan’s disruptive Rakuten Mobile (Telefónicawatch, #147). The MoU involves collaboration on developing the Rakuten Communications Platform, which purports to already offer an end-to-end virtualised network.

The four areas being focused on are:

Although Telefónica has been involved in various OpenRAN trials, primarily in rural locations, it is Vodafone that can lay legitimate claim to driving TIP’s ecosystem‑building efforts when it comes to radio hardware suppliers that are compliant (or near compliant) with specifications developed by the OpenRAN project group.

Tenorio unveiled several that emerged from a recent Vodafone RFI for 4G/5G remote radio heads (RRH), and described them as “frontrunners” in the open radio hardware space (see table). He urged industry to pay them attention.

The RFI appears to build on radio hardware work carried out by the TIP-backed Evenstar programme, which, Tenorio acknowledged, had “design input” from Vodafone. “We stayed honest [about that]”, he said.

The aim of Evenstar is to build a single-band (1800MHz) RRH using a traditional 4T4R MIMO configuration and 160W power consumption, and compliant with API specifications drawn up by the O‑RAN Alliance. Tenorio said first-phase validation of the resultant RRH product, led by Mavenir in partnership with MTI and Facebook, went “very well”, and that Evenstar was “progressing to field trials”.

Tenorio sees no need to stop at radio when it comes to RAN disaggregation. Seeing potential for white-boxing entire base stations, he wants to give the disaggregation treatment to the distributed unit/centralised unit (DU/CU), which handles baseband processing.

Working with Dish Network in a DU/CU subgroup, which is part of a newly “streamlined” OpenRAN Project Group, Vodafone will launch an RFI and publish the results within a “few months”. Tenorio added that Vodafone “may” design its own baseband into Evenstar.

The restructured OpenRAN Project Group, unveiled as part of the latest TIP updates, is to look at all RAN generations, from 2G through to 5G New Radio (5G NR). 5G NR activity was previously treated separately. It is chaired by Vodafone and T‑Mobile US. Other subgroups in the new-look Project Group, aside from DU/CU, focus on RAN Intelligence and Automation, Indoor, and Outdoor system development.