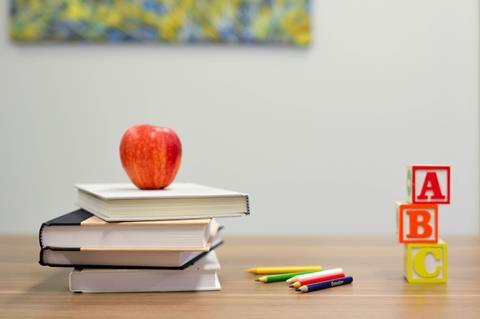 TED now sits within Telefónica España Filiales which, since a re‑organisation in mid‑2021, houses a patchwork of Group subsidiary interests.

TED’s new home will reportedly enable Telefónica to better leverage the operator’s commercial strength in Spain to provide digital education services to enterprise customers, according to Cinco Días. The outlet added that Telefónica aims to use TED as a vehicle to market the training and re‑skilling programmes it has used internally.

In mid‑2021, TED indicated its ambition to grow its enterprise proposition via the launch of Miríadax_Empresas, a digital learning environment specifically targeting corporate customers.

Telefónica Group has put heavy emphasis on the need to ‘re‑skill’ and ‘up‑skill’ its own employee base in recent years, and set a target to equip 100,000 staff annually with the skills required for the “future of work” (Telefónicawatch, #160 and passim).

In the Group’s most recent Annual Report for the twelve months to 31 December 2020, TED posted €1m (£832,320) in capital. It claimed to have six million students enrolled in its massive online open courses at the time, though that number jumped to 7.6 million at next mention in mid‑2021 (Telefónicawatch, #154), with the Group saying that digital education “soared during the lockdowns”. The Miríadax e‑learning platform was established in 2014 via a partnership with Banco Santander and the Universia network of universities, and is TED’s flagship project (Telefónicawatch, #89).

Formerly Telefónica de Contenidos, the Filiales arm reduced its audio‑visual focus to take on a broader remit in mid‑2021, and now manages existing investments and is said to be interested in acquiring stakes in new businesses (Telefónicawatch, #155).

As of mid‑January, that has extended to management of TED, which will sit alongside other wholly owned subsidiaries — including retail management arm Telyco — and Telefónica España’s 50% stake in security services provider Prosegur Alarmas España.

A penchant for learning

An interest in e‑learning outside of TED saw Telefónica España launch Movistar Campus early last year. Campus is a Living App accessed via the Movistar+ pay‑TV service, and was described as an effort to “diversify” the operator’s edutainment offering. It is partnered with TED‑backed Miríadax (Telefónicawatch, #152).

Telefónica is also exploring ways to leverage investments and external partnerships to enhance digital learning practices in Spain and across its footprint. Examples from the past year include: