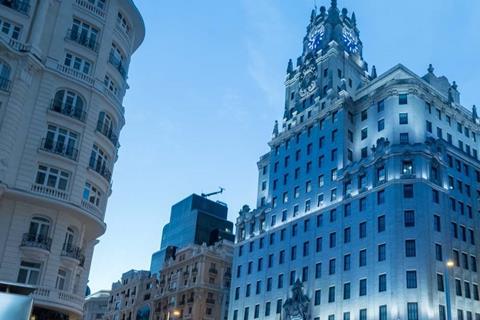 Telefónica’s Madrid HQ was the site of a small-scale protest yesterday over the operator’s part in a Venezuelan media censorship and privacy dispute.

The protests coincided with the publication of an open letter to Telefónica leadership from a group of independent media organisations. It draws attention to Movistar’s record of providing Venezuelan authorities access to customer metadata and blocking content at the request of Maduro’s government.

Telefónica has not commented on the protests.

Miguel Otero, Editor-in-Chief at El Nacional, one of the sites blocked by Movistar in the country, participated in the protest yesterday. “[Telefónica] is silencing journalism in Venezuela. It violates freedom of expression. They violate their corporate principles”, he said to the outlet.

“I want to know if the shareholders of Telefónica agree with their President”, he added, pinning the responsibility on the shoulders of Álvarez-Pallete, to whom the open letter was addressed.

Alberto Ravell, Director of the National Center of Communications of Venezuela and co-founder of La Patilla, another blocked outlet, told El Nacional that Movistar is being “threatened by the government”.

Beyond the moral issue, there is a legal dimension to the protests. Both Telefónica and the outlets in question are multinationals, with El Nacional, for example, based in the US. Otero claims that any block would require a court order, but “they do it at the whim of the government”.

In the open letter, Telefónica is accused of breaking Venezuela’s constitutional right to freedom of expression, while contravening a law that requires a court order to intercept the private communications of the country’s citizens.

Telefónica’s 2021 Transparency Report shows that requests for metadata on customers in the country have grown substantially since 2016, when records began, affecting 21% of Movistar’s subscriber base in 2021 (Telefónicawatch, #164).

For comparison, 1.58 million accesses were intercepted in 2021, accounting for 81% of the Group’s total affected accesses for the year across the entire Telefónica footprint. 2021 was the first year to record content and URL blocking in the country.