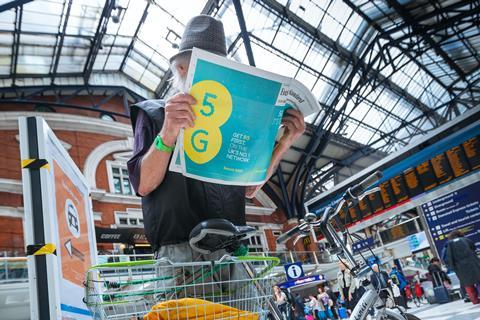 UK regulator Ofcom announced the completion of the second, ‘assignment’ stage of its spectrum auction in late-April 2021, following the ‘principal’ stage (Vodafonewatch, #195).

The conclusion of the auction process also revealed that O2 UK and Vodafone UK had entered into an agreement to trade elements of their holdings in the 3.6GHz–3.8GHz band. This created a “contiguous” block of 80MHz for O2 UK, and “good proximity” for Vodafone UK’s blocks, which amount to 90MHz of bandwidth. The trades are subject to Ofcom approval.

Having large contiguous blocks is said to support the efficiency and capability of 5G services, according to a joint statement from the operators, which cited a GSM Association policy paper.

Spectrum ‘fragmentation’, where mobile network operators’ spectrum holdings are broken up across the frequency band, had emerged as a concern when the auction process was first drawn up. Ofcom CEO Melanie Dawes acknowledged the concerns by allowing the “post-auction trading” phase (Vodafonewatch, #195).

Agreeing to trade with Vodafone UK enables O2 UK to secure preferred positioning for its bandwidth. EE instead opted to spend a further £23m in the assignment stage to secure its preferred blocks. EE noted that it would “retain the flexibility” to enter into negotiations in the future, however. Three UK has not commented on its plans to avoid defragmented spectrum.

As noted previously, the UK Treasury, for which the auction funds are raised, will be disappointed at the proceeds. The Financial Times indicated that analysts predicted bidding closer to the £2.5bn mark. Indeed, Ofcom’s £1.1bn reserve price was only marginally surpassed (Vodafonewatch, #195).