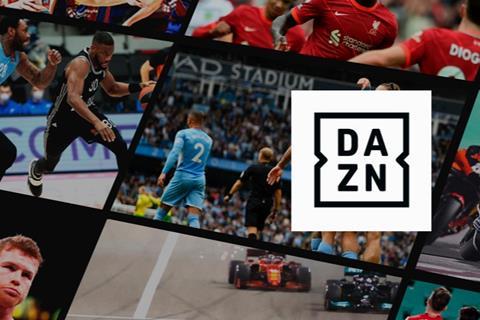 Telefónica signed a distribution deal with sports streaming specialist DAZN that allows it to broadcast Spanish top-flight football for the next five seasons.

The operator’s pay-TV platform Movistar Plus+ will show five La Liga matches per weekend, covering 35 of the 38 match-weekends in a season. The non-exclusive agreement will start with the 2022–23 season and end in 2027.

Then, DAZN and Telefónica each picked up rights for five games per match-weekend, with the latter also taking rights for three full weekends. Under this week’s deal between the pair, Telefónica will broadcast all La Liga matches, with DAZN responsible for producing the five weekly matches for which it has rights.

Sergio Oslé, President of Movistar Plus+, said that the DAZN agreement will allow the platform to “focus all our efforts on providing our customers with access to the widest range of content on the market”.

The non-exclusive deal will allow Telefónica the option to sub-licence its broadcasting rights to other players such as Orange, which has signed similar agreements in the past.

DAZN launched in Spain in 2019, and now has since picked up rights to a number of high-profile sporting events including Formula 1 (F1), Matchroom Boxing, and a selection of European and South American football tournaments. Movistar Plus+, meanwhile, now boasts Spain’s top-flight and Europe’s flagship competition, the UEFA Champions League.

The deal was confirmed by Telefónica in a note to the Spanish regulator Comisión Nacional de los Mercados y la Competencia (CNMC) on Monday.

Although the agreement’s first three years are unlikely to face any issues, the CNMC has called on a limit to rights agreements for longer terms.

Telefónica may face further regulatory challenges given the terms it signed in 2015 when it bought out Canal+ operator Distribuidora de Televisión Digital (DTS). Under that deal, Telefónica risks contravention of EU competition law if it takes long-term rights agreements (Telefónicawatch, #98 and #159).

DAZN wins over another telco

In announcing the deal, DAZN pointed to similar “strategic collaborations” with telecoms operators in other “core markets”.

In Germany, the DAZN app is available on Vodafone Germany’s GigaTV platform, part of the first deal between DAZN and a Vodafone OpCo in mid-2020 (Vodafonewatch, #189). DAZN is also tied with Telekom Deutschland (TDE). TDE’s MagentaTV customers can access DAZN’s Bundesliga, UEFA Champions League, and UEFA Europa League coverage, in a similar deal to that with Vodafone (Deutsche Telekomwatch, #98).

Although O2 Germany and DAZN are rivals in the over-the-top content market, the pair signed a carrier billing deal in mid-2020 to allow O2 Germany customers to pay for DAZN subscriptions through their mobile bill (Telefónicawatch, #144).

In Italy, incumbent operator Telecom Italia (TIM) has a sub-licencing agreement with DAZN for its Serie A football rights that stretches to the 2023–24 season. Vodafone Italy tied with DAZN in 2019 in a similar deal (Vodafonewatch, #180).

In the UK, DAZN was regularly rumoured to be among the frontrunners for a deal with BT Sport before it was denied by Discovery, which entered exclusive negotiations in February 2022. A DAZN agreement looked close to a done deal on a number of occasions over the past year, and Kevin Mayer, DAZN Chairman, has remained candid about his business’ ambitions in the market, particularly in bagging rights to the English Premier League (BTwatch, #329–#332).