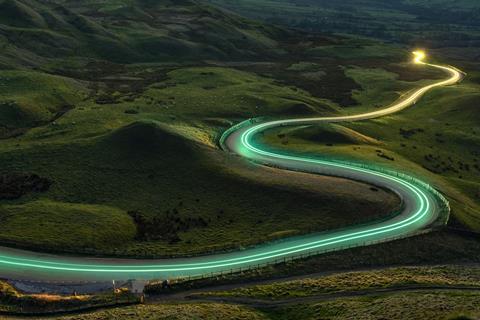 Telefónica UK (O2 UK) and rivals Three UK and Vodafone UK flagged a network expansion agreement on the joint construction of up to 222 base stations across the UK, as part of the government-backed £1.05bn (€1.2bn) Shared Rural Network (SRN) project.

The aim is to “eliminate” mobile “partial not‑spots” — areas where at least one, but not all, of the UK’s operators provide 4G coverage.

Construction work is to begin immediately, with completion scheduled for 2024. The 222 new masts are to be divvied up among UK nations as follows: 124 are to be built in Scotland, 54 in England, 33 in Wales, and eleven in Northern Ireland.

While the joint statement disclosed that not all mast building permits or necessary permissions had been secured, Vodafone UK expects “exact locations” for all 222 mast sites to be published “later in 2021”.

The deal is billed as the “first” tangible outcome of the SRN pact agreed between O2 UK, EE, Three, and Vodafone UK in March 2020, with the aim of covering 95% of the UK with 4G connectivity by 2025 (Telefónicawatch, #141). As part of the SRN programme, every operator is mandated to meet a 90% geographical coverage target by 30 June 2026. The three operators’ collaboration appears to be intended to support the goal of achieving all‑network 4G coverage of 88% of the UK landmass by June 2024.

EE, also a signatory to the objectives of the SRN programme, is not participating in this particular network‑sharing project. This may be because the newly‑announced project is focused on areas where it already delivers a 4G service, or has concrete plans in place to build its own infrastructure.

The three operators promoting the latest expansion stated that the new investment would “virtually eliminate” partial not spots — areas where not all four operators are active — and take the total of landmass covered by all operators from 67% to 84%. This implies that at the 200+ sites being looked at, EE is already in situ.

In December 2020 the BT Group‑owned mobile operator had highlighted its own work in expanding 4G coverage in 2020, with 160 new 4G sites built in 2020. It also trumpeted its leading position on geographic coverage, as reported in Ofcom’s Connected Britain 2020 report. This had shown that EE’s geographic coverage had reached 85% (up one percentage point on a year earlier), compared to the 79% coverage reported by last‑placed Three (coverage for O2 and Vodafone was not disclosed).

EE’s geographic coverage is seemingly impressive, but it still appears to be behind schedule on coverage targets related to the Emergency Services Network which need to see it reach north of 95% of the UK’s landmass to match the capability of the current emergency network (BTwatch, passim).