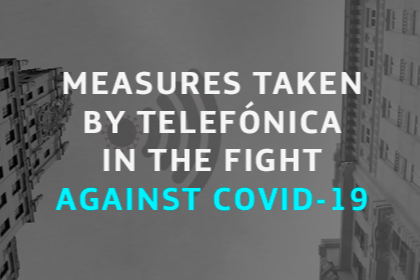 In response to the ongoing coronavirus crisis, analysts at Morgan Stanley cut the financial institution’s price target for Telefónica Group to €5.70 per share from €8, while maintaining a “neutral” rating. The analysts consider that while the Group has a ready flow of cash, and should be well‑placed to weather the pandemic storm, plans to offload Latin American assets will prove more difficult with potential investors wary of investing at the levels that will be necessary for Telefónica to make a dint in its current levels of leverage. Analysts also noted that a 37% decline in the Group’s share price in the six weeks to end-March 2020 was second only to Altice when compared to other major players across Europe. The Morgan Stanley analysis may be considered particularly notable as the bank is also the Group’s principal adviser in the development of its asset sale plans (Telefónicawatch, #140).