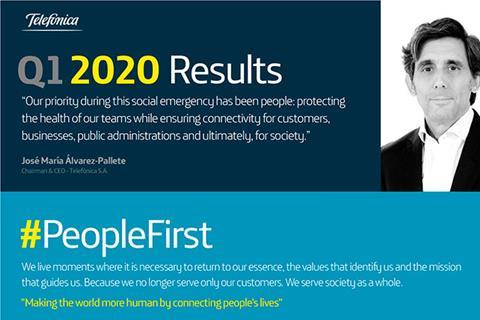 With its Q1 FY20 results, Telefónica has begun pulling out selected growth trend metrics relating to the four markets at the core of its evolving business: Brazil, Germany”, Spain, and the UK. This added a more positive sheen to quarterly performance and while there was a 5% reported revenue decline, management was able to highlight a flat performance for its main areas of focus.

The core four can also be seen as (slightly) more vibrant profit centres. Reported OIBDA fell by nearly 12%, and organic performance was down by approaching 2%. However, even in testing times the major markets reported a near 1% rise in OIBDA, and are also performing positively in terms of the Group’s central guidance measure of operating cash flow.

Individually, the four major markets are facing their own challenges.