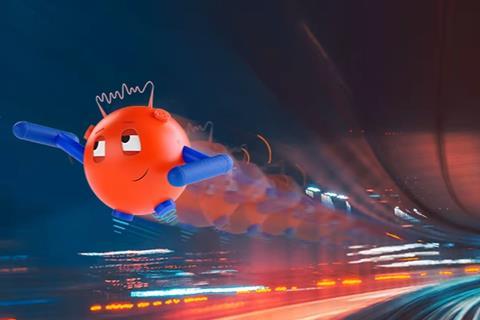 UiPath, a US‑based robotic process automation (RPA) specialist, flagged it was working with T‑Mobile US and South Africa‑based Vodacom on automation projects that, among other objectives, aim to improve the overall customer experience.

In prepared remarks on the provider’s full‑year results to 31 January 2022, Ashim Gupta, Chief Financial Officer, cited the two operators as “two great examples” of “expansion business” that were closed in the final three months of the fiscal year.

Gupta indicated that UiPath has been working with T‑Mobile US for around two years, which aligns with when the US operator completed its merger with Sprint.

He noted that the US operator initially focused on process automation in supply chain and finance, but recently expanded its use of the UiPath Platform by adopting process and task mining, document understanding, and automation cloud.

Gupta said the African operator’s next step is to launch an “organisation‑wide citizen development programme” to enable its workforce to “drive discovery, scale, and unleash frontline innovation”.

Founded in 2005 in Bucharest, Romania, UiPath is frequently listed as one of the top RPA providers on the market. For example, a Gartner Peer Insights report on RPA software reviews and ratings ranks the UiPath Platform in first place, ahead of Automation Anywhere’s Automation 360, Blue Prism, TruBot from Datamatics, AutomationEdge, and Power Automate by Microsoft.

RPA is software that is used to automate human activities. The tools can be taught to take on manual, repetitive tasks and sometimes more complex work. The bots can interact with one or more software applications to enter data, process transactions, or respond to simple service queries.

Microsoft also recently highlighted how T‑Mobile US turned to Power Automate to help integrate its Orbit application, which manages and catalogues the operator’s internal initiatives, with Sprint’s legacy back‑end system based on Quickbase. The software provider noted that the Orbit app was originally developed using Microsoft Power Platform tools by Brian Hodel, Principal Developer, Power Platform at T‑Mobile US.

Further down the Gartner list is Kryon Systems, a US‑based RPA specialist that has flagged it was working with Deutsche Telekom in Germany on an upgrade to customer service staff’s “workspace environment”.

Vodacom, for its part, established an RPA Centre of Excellence under the guidance of Atenkosi Ngubevana, a Group Executive at Vodacom and specialist in RPA. In her LinkedIn profile, Ngubevana said she helped implement an RPA group strategy for Vodacom in South Africa, Lesotho, Ghana, Mozambique, Democratic Republic of Congo, and Tanzania. The aim is to achieve operational efficiency and revenue enablement, and improve the employee and customer experience.

In 2020, Vodacom South Africa revealed it was working with Tech Mahindra on automation within its Customer Operations department.

Vodafone Group Chief Financial Officer Margherita Della Valle has previously said that the finance department has been on the “front lines” as an “early adopter” of RPA and artificial intelligence.