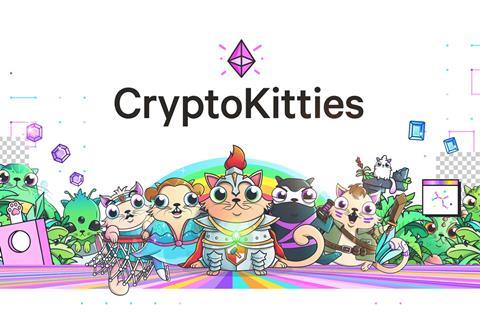 The tie‑up — which follows a recent deal that made Chainlink the first public blockchain network for which T‑Sys MMS provides infrastructure and staking services (Deutsche Telekomwatch, #96) — focuses on Flow, which is described as a “user-centric blockchain built for mainstream adoption”. It was developed by Dapper Labs, which is best known for creating the blockchain game CryptoKitties.

Going with the Flow

With Flow, the intention is to create a platform that makes it easier for more developers and businesses to use blockchain technology in consumer applications, games, and digital assets. It wants to “introduce blockchain technology to global audiences”. French video game player Ubisoft and Warner Music Group were namechecked as early users of Flow, while major brands like the NBA, UFC, and Dr. Seuss are on board as partners.

T‑Sys MMS hailed the partnership as “blockchain for the masses!” in a tweet.

As part of the deal, which was supported by Validation Capital, T‑Sys MMS will provide infrastructure and operate one of the Flow network’s Execution Nodes, which process and store new blocks. By running an Execution Node, T‑Sys MMS is said to be “significantly contributing to the Flow blockchain’s computational resources”.

With Flow, T‑Sys MMS broadens its blockchain use‑cases, which to date have been focused on sectors like banking or its own communications sector.

“True digital ownership, direct fanbase engagement and rich ecosystem composability, which the Flow blockchain brings to the table, not only allows for the creation of new business models but represents a fundamental shift in existing ones… We are excited about the [non-fungible tokens] space and will be working to support the vision of public blockchains as the basis for the open world and its numerous use-cases on Flow. ”

T‑Sys MMS, which emerged as an independent unit within T‑Systems following a portfolio restructure in 2020 (Deutsche Telekomwatch, #97), is evidently in business development mode as it seeks to establish itself in the blockchain network ecosystem. In addition to becoming a Chainlink node operator, T‑Sys MMS recently partnered with Berlin-based, crypto-asset financial services player Finoa to provide repository, settlement, security infrastructure services to Finoa and T‑Sys MMS customers for cryptocurrencies and tokens (Deutsche Telekomwatch, #98).

T‑Sys MMS is also involved in a German project that is developing a GDPR-compliant blockchain solution to improve the management of asylum seekers in the country. (Deustche Telekomwatch, #99).