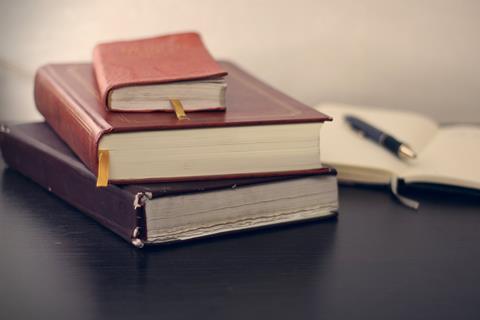 Telekom Deutschland saw a 2019 ruling that paved the way for the somewhat controversial creation of Glasfaser Nordwest — its fibre‑to-the‑premises joint venture with energy, IT, and telecoms group EWE — revoked and deemed “illegal”.

The reversal came last week after the Higher Regional Court in Düsseldorf (Oberlandesgericht Düsseldorf) ruled in favour of rivals Vodafone Germany and Deutsche Glasfaser in a dispute over the JV’s impact on competition in North Rhine‑Westphalia and Lower Saxony. These are overlapping areas of focus for both Deutsche Glasfaser, in its fibre buildout, and Glasfaser Nordwest.

The case was in effect a lawsuit against Germany’s Bundeskartellamt (Federal Cartel Office), which green-lighted the JV’s establishment in early‑2019 (Deutsche Telekomwatch, #82 and passim).

There is a lack of detail on the ins and outs of the court dispute, but Vodafone and Deutsche Glasfaser indicated strong dissatisfaction with the oversight applied to the way Glasfaser Nordwest does business. They claim that these obligations are insufficiently robust, resulting in “restrictions of competition” and “slowing down the expansion of fibre optics in the north-west instead of accelerating it”.

The obligations, established by the Bundeskartellamt before Glasfaser Nordwest went operational in early‑2020, were designed to progress rollout quickly while protecting competition. It required the JV to provide non‑discriminatory access to the network and commit to “usual” commercial terms.

The two partners, EWE and Telekom Deutschland, also agreed not to solely focus on districts where cable networks are already present. But what riled competitors at the time was a concession that ensured that the JV would not become subject to the same, tighter pricing obligations that Telekom Deutschland operates under in its normal wholesale business. It played into broader criticism of FTTP partnerships as a way for the incumbent to gain a “regulatory holiday” on fibre rollout (Deutsche Telekomwatch, #75 and #90).

“ Telekom and EWE remain firmly committed to their joint venture and are now examining the next steps. ”

It looks highly likely that the JV will now lodge an initial appeal with Bundeskartellamt by filing a “non‑admission complaint”. If this is unsuccessful, the case could then be referred back to the Oberlandesgericht Düsseldorf. Either way, the JV looks to be confident of a positive outcome, although it is resigned to the strong possibility of “tighter conditions” being enforced (little was divulged on what it believes this will entail).

In the meantime, Telekom Deutschland insisted that the JV’s FTTP deployment programme — under which it is aiming to pass 1.5 million premises by 2030 (Deutsche Telekomwatch, #90, #92, and #101) — will continue to proceed as planned as the ruling is not yet legally binding.

As of September 2021, the JV is marketing its network in 28 locations, with fibre connections fully operational in two areas, south Belm and Cloppenburg centre, which collectively comprise 2,700 premises. It launched its first wholesale FTTP services in October 2020.

Deutsche Glasfaser is headquartered in Borken, North Rhine‑Westphalia. Its “vendor‑open” fibre network is said to reach about one million “rural and suburban” households and businesses, which it hopes to triple by 2025 and extend to six million premises by 2030. It was jointly acquired by investment groups EQT Infrastructure and OMERS in mid‑2020, in a deal that laid the basis for a merger with another alternative network provider, Inexio, which was bought by EQT in 2019 (Vodafonewatch, #179 and #183). Its former CEO Uwe Nickl, who remains involved in the business as an investor and advisor, is said to see himself as a “telco rebel” that “openly attacks the large established network empires in the country”.

Despite this, the provider signed a passive infrastructure supply deal with Vodafone in early‑2020, building on an existing relationship stretching back to 2017, which sees Vodafone lease Deutsche Glasfaser kit in return for supplementing its FTTP architecture (Vodafonewatch, #182). The partnership was initially focused on fibre co‑investment opportunities in business parks in Düsseldorf after securing the regional authority’s buy‑in. Separately, it also has a provisional (and small‑scale) fibre infrastructure-sharing relationship with Telekom Deutschland (Deutsche Telekomwatch, #91).