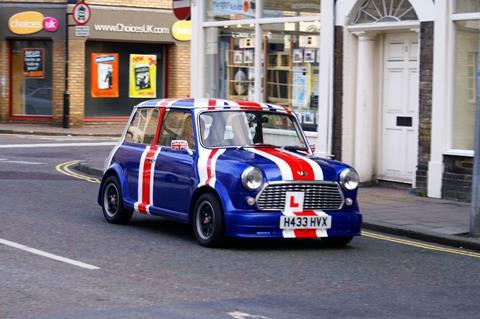 T‑Systems (T‑Sys) revealed more cutbacks to its British operation, as part of the challenged division’s ongoing turnaround effort. A results filing by T‑Systems UK (T‑Sys UK), for the year to 31 December 2018 (FY18), showed an 18%-drop in its average headcount for the twelve months. Its staffing level stood at 469 — around half of where it was at five years previously.

Regarding the revenue slide, T‑Sys UK partially blamed the downsizing on “changes related to exits from customer contracts”. In particular, it pointed to further winding down of a “significant customer account” during FY18, via an exit plan agreed back in 2016. It did not identify the client concerned, but the obvious suspect is EE. However, both T‑Sys and Group minority investment BT Group have declined to comment on the status of a major outsourcing engagement secured in 2011 with the mobile operator, which DT and Orange sold to BT in 2016 (Deutsche Telekomwatch, #2 and #49). Also, UK revenue was actually stable in FY18 (at £171.8m), while international business plummeted 31.8% to £66.4m, and the unit is continuing to win new business.

T-Sys UK’s FY18 loss was offset by a £5.3m ‘actuarial gain on defined benefit schemes’, seemingly related to a ‘significant reduction in the pension liability’. Over the period, the Balance Sheet was not significantly changed, in terms of total equity (with large reserves and carried losses continuing — both comparable in scale to FY18 revenue), but it is showing significant expansion of short-term debtors (and trade creditors) and cash, partly explained by Deutsche Telekom (DT) internal ‘cash pooling’. The business also offloaded over half of its tangible assets in the period, referenced largely to two customer contract exits, reducing the carrying value from £251.2m to £112m (the impact of the change was fairly neutral, once depreciation was considered). Customer infrastructure investment (data centres and internal IT) has also been trimmed, following project completions.

T‑Sys has largely remained quiet on the impact of its wide-scale reorganisation plan on individual country units, such as T‑Sys UK. However, T‑Sys UK’s filing noted that its FY18 headcount reduction came partially as a result of a “restructuring programme to align to the new Group structure”.

Perhaps relatedly, the filing comes with T‑Sys UK sitting under the leadership of Jesper Kryhlmand, former Managing Director (MD) of T‑Systems Nordic. Suggesting a level of consolidation between market units, he was promoted to a seemingly new position as MD of T‑Systems Northern Europe in October 2019, and is acting as Interim MD of T‑Sys UK as part of that role.

Alison Dodd, the previous MD of T‑Sys UK, left the unit earlier in 2019, after less than a year in the role (Deutsche Telekomwatch, #85).

T‑Sys has significantly recalibrated several of its country businesses over the past few years (see table). However, with T‑Sys UK and internal service provider Deutsche Telekom UK (DTUK), it has appeared keen to retain a foothold in the market, at least while machinations over Brexit and attempts to revive BT’s fortunes play out, overseen by Group Chief Executive Timotheus Höttges, with his seat on the UK telco’s Board of Directors.

While both DTUK and T‑Sys UK have been drastically downsized, the Group has indicated that these operations allow it to maintain close access to the British labour market, while preserving support for and control over UK‑led central services. They could also form forward posts for a future attempt to draw BT into a closer role within DT, perhaps encompassing T‑Sys and also retrenching counterpart BT Global.