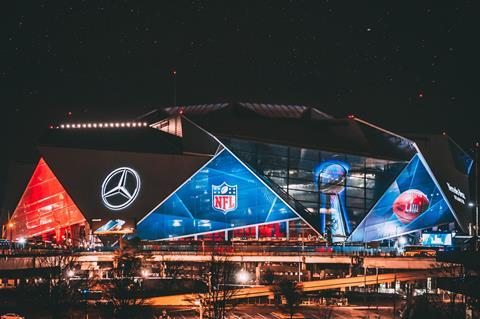 T‑Mobile US (TMUS) flagged the implementation of extra 4G and 5G capacity in Miami, ahead of Super Bowl LIV, held on 2 February 2020. The NatCo added millimetre wave (mmWave) spectrum to its low‑band 5G network coverage at Hard Rock Stadium, the Super Bowl venue, and other locations in Miami. These included Miami Beach Convention Center, Bayfront Park, Miami Beach, and Miami and Fort Lauderdale airports. The NatCo further claimed it had “more than doubled” LTE capacity at the Hard Rock Stadium, where 62,417 fans attended the game. To help improve indoor coverage and areas difficult to reach by towers, the NatCo built new distributed antenna systems (DAS) and deployed small-cells “throughout the city”. No mention was made of DAS and small‑cell suppliers, although it seems likely that Ericsson or Nokia were involved. Both vendors have a close relationship with TMUS on capacity-enhancing solutions (Deutsche Telekomwatch, #42 and passim). The NatCo emphasised that “almost all” of the network updates were permanent. TMUS launched a nationwide 5G network, using low‑band spectrum, on 2 December 2019 (Deutsche Telekomwatch, #90). The operator previously acquired mmWave airwaves at auction in the 24GHz and 28GHz frequency bands (Deutsche Telekomwatch. #82).