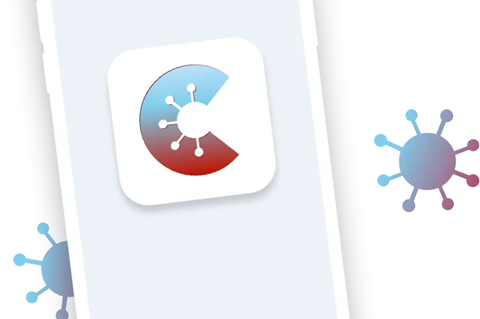 In mid‑June 2020, German authorities launched the Corona‑Warn‑App developed by a team of researchers and developers led by Deutsche Telekom (DT) and SAP. Within days, the app, which is based on the Exposure Notification Framework established by Apple and Google to ensure interoperability across operating systems, had been downloaded six million times. Within a fortnight, the number of downloads exceeded 15 million in a country with a population of 83 million.

T‑Systems (T‑Sys) and SAP, the lead partners, delivered the app a little over one month after the government officially handed them responsibility for its development in May 2020, with ministers now acknowledging the tracing system could have been up and running more rapidly if the decision to bring them in had been made earlier. SAP indicated that, from its inception, which was just prior to the government choosing to back a decentralised approach to contact tracing, it took 50 days to be ready for launch. The development of the app, including the systems needed to support it, cost about €20m according to government sources. Ongoing operational costs are expected to be in the region of €2.5m–€3.5m per month, with the expenses largely linked to contact centres.

Of the two partners, SAP was the more vocal about the development of the app in the run‑up to launch, with regular progress updates on its blog, and details of the ins and outs of how the open source decentralised tracing system will work. Ahead of the launch, the software provider identified milestones being passed in relation to testing, app store preparation, data protection, and licensing, and spotlighted the contributions of partners in this effort.

T‑Sys employees acted as beta testers for the application, examining whether anonymised keys were being effectively exchanged by smartphones, and testing the ability to retrieve test results using the app.

SAP, alongside researchers at the Koch Institute, focused on user friendliness for an app that is hoped will be adopted by adults of all ages, and with varying degrees of tech savvy.

The Fraunhofer Institute applied science body examined the notification frameworks built by Apple and Google and reviewed the effectiveness of Bluetooth Low Energy connections. The Institute’s input here is notable in that it has also worked on earlier iterations of the German approach to tracing that circumvented direct Apple and Google involvement, providing the partners with insight on the range of potential approaches (Deutsche Telekomwatch, #93).

TÜV Nord, an IT solutions provider, also supported the app development, and helped secure clearance from the Federal Office for Information Security by demonstrating that the offering does not spy on users and complies with stringent privacy laws in the country.

Subsequent to the launch, DT attributed its contribution to the project to the new Digital Solutions unit of T‑Sys, created in the division’s recent reorganisation of portfolio units (Deutsche Telekomwatch, #92). DT also highlighted the openness of the development process, and the accessibility engendered by using the GitHub developer platform. There were reportedly in excess of 7,000 contributions from community and project team members to the app’s software, and more than 100,000 viewed the coding.

Ready, but far from faultless

Although the app is now in the wild, the partners have recognised that the solution is by no means perfect. Weaknesses for the technology have been acknowledged with Bluetooth unable to detect glass, which means that people on two sides of a window may be erroneously recorded as contacts. It also can be blocked by more solid physical obstacles, so for example people standing between two transmitting smart devices may block the signal from transferring.

A further challenge for the partners has been ensuring uniform performance across smartphones, particularly within the Google Android ecosystem. DT provided details of the 50 most popular devices in the market to ensure that distance estimation algorithms are consistent, and the drain on battery life by using the technology is minimised.

Tracing beyond borders remains over the horizon

The new app also still only works in Germany and not across European borders.

However, DT is involved in standard body the European Telecommunications Standards Institute’s new tracing industry specifications group, Europe for Privacy-Preserving Pandemic Protection (ISG E4P) — Deutsche Telekomwatch, #94. A major challenge for ISG E4P will be identifying a way to integrate apps based on the decentralised approach of countries including Germany with systems from countries such as France where a centralised database is in place.

In July 2020, Andreas Michaelis, the German Ambassador to the UK also noted during an interview with the BBC that there are ongoing conversations between health ministries in the two countries on the subject of tracing apps. The German government was said to be willing to share code and insights related to its open source app as the UK looks to revise its approach after testing of a centralised model.

Helge Braun, Head of the Chancellery and a key figure in Germany’s COVID‑19 response, suggested that, with hindsight, the oversight of the tracing app should have been handed over to DT and SAP ten days earlier, in late‑April 2020. A government spokesperson suggested that such a decision could have seen the work completed even more quickly with a potential launch in late‑May 2020.

While the project team working on development prior to the DT–SAP move was praised for its effort, Braun also suggested there were differences of opinion within the initial group on the fundamental approach to tracing applications that had slowed progress. The split appears to have been on the centralised versus decentralised database faultline, and opposition politicians have criticised the government for taking too long to make its mind up on which approach to pursue before committing to decentralised technology.