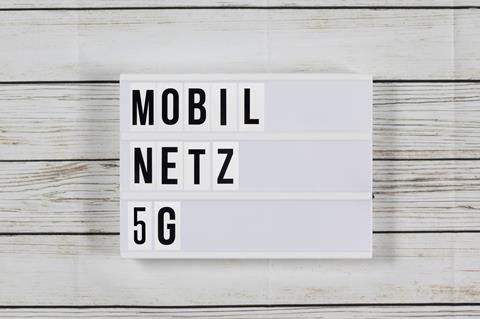 Tempers flared after Berlin released a new “security catalogue”, drafted by the country’s Federal Office for Information Security. No explicit mention was made of Huawei, but critics bristled at the thought that all suppliers — including Huawei — need only sign a “no spy” clause in order to respond to 5G tenders.

Merkel came under fire at home and abroad, with some senior politicians from her own party, the Christian Democratic Union (CDU), claiming that her unilateral decision played fast and loose with Germany’s cybersecurity, and was prompted by fear of trade retaliation from China.

Rob Strayer, Deputy Assistant Secretary of State for Cyber & International Communications Policy at the US State Department, raised the spectre of growing strain between Washington and Berlin if Huawei got its feet under the 5G table. “If there is technology that is untrusted deployed in [German] 5G networks, then we’ll have to reassess how we share information with countries like Germany”, he said.

There was no direct response from DT as far as Deutsche Telekomwatch could gather, but senior DT executives will no doubt be quietly satisfied with Merkel’s continued resistance to US‑led calls to ban the Chinese supplier on the grounds of national security — risks which Huawei strenuously denies (Deutsche Telekomwatch, #81 and passim). There remain no obvious signs that the Group is willing to take the drastic step of extracting Huawei’s kit from its network or to block the vendor from supplying new equipment.

Not surprisingly, Huawei welcomed the German government’s approach. It “creates a level-playing field for 5G network vendors”, said the supplier.

DT has often appeared to push back against anti-Huawei forces, albeit in a subtle way — typically calling for calm and rational debate, and warning politicians that 5G will likely be delayed in the event that the Chinese supplier is blocked from involvement in 5G (Deutsche Telekomwatch, #80).

One supposed reason why is the cost and time required to rip out legacy equipment deemed a security risk and to source new (and likely more expensive) vendors. Reuters reported in July 2019 that it had seen Huawei-funded analysis undertaken by the GSM Association (GSMA), which reckoned that a ban on buying telecoms equipment from Chinese firms would add €55bn to the cost of 5G networks in Europe and delay the technology by about 18 months.

A report by Denmark-based advisors Strand Consult, released in September 2019, painted a much less painful picture for operators should Europe elbow out Huawei and smaller rival ZTE. According to Strand Consult, most of Europe’s networks are around three–to-five years old and ready to be replaced, and this was not factored into the GSMA calculation. “There is a sunk cost to network upgrades which must be subtracted from the total cost of using Huawei”, said John Strand, the consultancy’s founder. Strand calculates that the cost of replacing recently deployed Huawei and ZTE equipment, in order to ‘clean’ networks before 5G deployments take place, would be $3.5bn. “[That’s] equal to a one-time cost of $7 or €6.5-per-mobile subscriber [in Europe]”, said Strand.

The report takes a sympathetic view to Washington’s hardline stance against Chinese suppliers. “Those sceptical of the claims that Chinese-made telecom equipment poses a threat to security should ask themselves whether they would be okay with NATO buying a fighter plane made in China”, a provocative Strand told Forbes. “Why is there universal agreement that military equipment from China should be restricted but not telecom networks where vital information is transported?”, he asked.

Against the backdrop of political uncertainty surrounding Huawei in Germany, Telekom Deutschland (TDE) continued to cultivate 5G partners (and politicians) to promote the next‑gen tech.