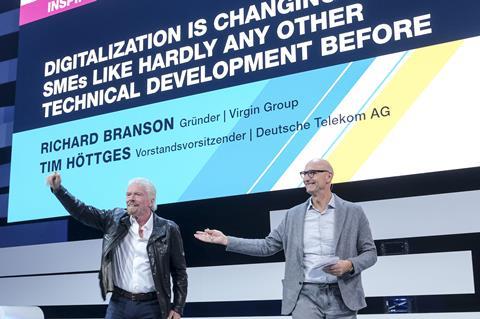 He used his keynote speech at the two-day event, held in Cologne during late-October 2019, to emphasise the importance of “digital sovereignty” in Europe. “I expressly support a shared European cloud infrastructure”, he said. This was a clear reference to the German government’s Gaia X Project, announced in parallel with the Digital X event, which is aimed at lessening Europe’s reliance on US cloud providers such as Amazon, Google, and Microsoft. China’s Alibaba Group is also seen as a threat.

According to a paper published by Germany’s Ministry of Economic Affairs, Gaia X is set to go live in late‑2020. “Our goal is to develop the next generation of European data infrastructure for Europe, its states, its businesses, and its citizens”, said the paper. France is also involved in the project, and other European countries have apparently been invited to collaborate on Gaia X.

Along with Bosch, Deutsche Bank, and Siemens, DT was reportedly involved with formulating plans for Gaia X, and suggested a significant Group role in getting the project off the ground.

Amazon Web Services (AWS), perhaps not surprisingly, cast doubt on the project’s chances of preventing data being stored in the US or China. A lack of scale, claimed an AWS spokesperson, will be a major weakness.

“We think that the idea of a ‘national’ cloud is interesting in theory, but in reality it removes many of the fundamental benefits of cloud computing. Running technology infrastructure at the scale that we do at AWS is hard and a capital-intensive business, in which customer demands for innovation and the latest security tools are insatiable. This is also why the many proposals we have seen for ‘national’ clouds over the years have not been seriously pursued. ”

Höttges touched on some other familiar themes at the event, including a desire for improved investment conditions to make a stronger digital Europe. “This includes a labour market policy that promotes SMEs [small‑ and medium-size enterprises]”, he said. “Europe also needs companies that can keep pace with the tech giants from America and Asia”, he added.

The event was billed by its organisers as the biggest of its kind in Europe. Backed by the German government, Digital X proved something of a draw, with entrepreneur Sir Richard Branson and Sir Tim Berners-Lee, pioneer of the World Wide Web, both making an appearance.

DT used the show to unveil a range of enterprise partnerships and product development initiatives: