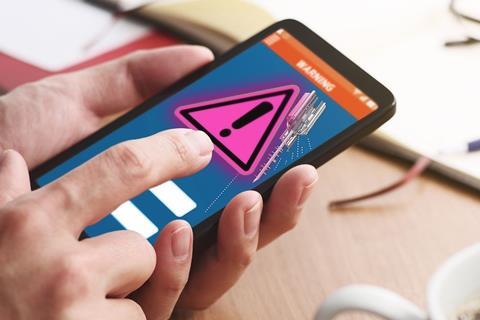 According to the operator, trial messages reached “millions” of devices across Germany after previous tests took place in the cities of Bonn and Nuremberg from July.

Cell Broadcast technology was presented to DT shareholders in May of this year and will act as an early-warning system for events such as natural disasters. The service sends messages to every device within a radio cell to inform a local populace of both regional and supra-regional emergencies.

Deutsche Telekom prioritised the development of Cell Broadcast in Germany after last year’s flash floods claimed the lives of many, highlighting the necessity for improved emergency warning systems. After floods broke out in North Rhine-Westphalia and Rhineland-Palatinate, former Interior Minister Horst Seehofer was blamed for failing to sufficiently warn of the incoming threat. In response, the German government proposed an amendment to the Telekommunikationsgesetz (Telecommunications Act/TKG) to catalyse the growth of Cell Broadcast services.

Unlike existing systems such as Nina and Katwarn, no app is required to receive alerts. Similar examples can be found in countries including bordering Austria and Poland. One potential stumbling block is the need for individual manufacturers to activate Cell Broadcast for their models, although it is expected firmware and software updates will be delivered in time for the full nationwide launch.

The nationwide warning day has been set as 8 December 2022. Warning days are drills designed to demonstrate the warning process so citizens can protect themselves promptly. Regular operation is expected to be ready for next year, with both Vodafone and Telefónica pledging to follow suit.