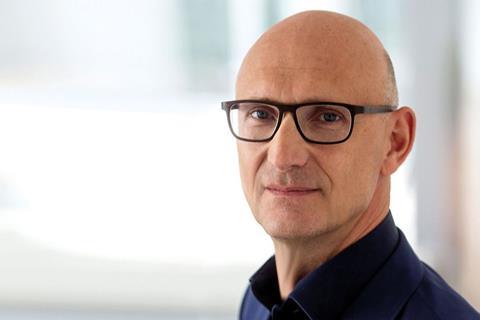 Höttges decried the levy — which presented a significant drag on the results of DT-controlled Magyar Telekom, reported earlier this week — as something “I really hate” and “counterproductive for investments”.

Speaking during DT’s results presentation for the quarter to 30 June (Q2 FY22), he said he had discussed it with Orbán twice already.

The CEO said he had left a “clear” message that “we think this is anti-investments, what he’s pushing forward. And I was very clear that this might have even a consequence on the roll out of fibre”. “There’s a very open and clear dialogue around [the tax]”, he added.

Answering a question from HSBC analyst Adam Fox-Rumley, DT Chief Financial Officer Christian Illek expressed hope that the “extra” levy was a “singulated issue”, and not something that catches the eye of other European governments.

The national CEOs in DT’s Europe segment — which covers nine markets in the region’s centre and east — were said by Illek to be lobbying governments on the issue. If similar taxes were adopted more widely, “we have to obviously take action on the capex level”, he warned.

“ All the NatCo leaders are talking to political stakeholders and telling them ‘look, we’re very dedicated to investing into your country and providing the best possible networks. But you have to give us sufficient funds in order to fund this’. ”

The new tax, focused on alleviating the effects of the European energy crisis, is taking a slice out of Hungarian telcos’ revenue (and those of certain other industries) this FY and next.

It was introduced in early-June, shortly after the government declared a state of emergency over the Ukraine war.

Magyar Telekom has indicated it will cost about HUF 25bn (£54m/€63m) in the current FY, to be added to its operating expenditure line. After the announcement, it changed forecasts of a 3%–5% increase in earnings for FY22 to a “moderate decline”.

DT — rumoured to be interested in exiting Hungary not too long ago, in 2018 (Deutsche Telekomwatch, #71 and #79) — has a growing list of public affairs challenges to deal with in the country, including an ongoing move by Orbán to increase domestic control over telecoms provision, and a rising competitive threat from local IT and telecoms group 4iG. The Group’s management has also for several years been prioritising Germany and the USA over other European markets for investment, citing regulatory disincentives. This is not the first time its Hungarian business has been hit by a surprise one-off tax blow, with Hungary also imposing a “special” levy in 2010 in the wake of the international debt crisis. The tax was payable until the end of FY12 (Deutsche Telekomwatch, #8 and passim).