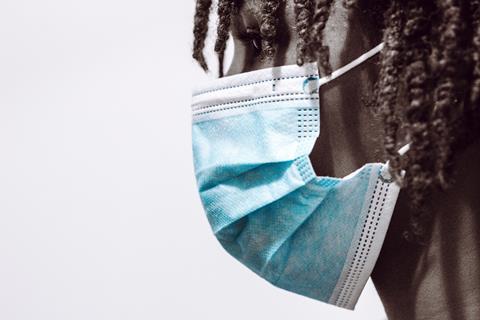 T-Systems and key enterprise software partner SAP have been formally appointed to set up the European Union’s proposed Digital Green Certificate, which aims to “facilitate the safe, free movement of citizens” within the EU during the COVID-19 pandemic.

The two partners had already been charged with developing the specifications for the gateway. The European Commission (EC) has now confirmed that a further contract was signed at the end of April 2021 for the actual development and construction of the gateway.

The Commission also indicated that the project has a budget of around €40m to €45m, with €15m set aside for the technical system.

The aim is to ensure that the technical aspects of the gateway keep pace with the legal process, enabling rapid deployment once agreement is reached among the 27 member states of the EU. The Commission has said that the system will be “technically ready” from 1 June 2021.

The European Parliament has also paved the way for inter-institutional negotiations to commence: European lawmakers adopted their negotiating position on 29 April after the European Council agreed a mandate for negotiations with Parliament on 14 April. The EU member states agreed on the technical specification of the system on 21 April.

The whole affair was kicked off by the Commission on 17 March and the aim is to have the framework ready by summer 2021. However, some early signs are not terribly promising: the European Parliament has already indicated that it believes the actual name of the certificates should be changed since Digital Green Certificate is perceived as too vague. It has proposed ‘EU COVID-19 certificate’ instead.

Indeed, the use of the word ‘green’ has been misleading to some, given its dual meaning of ‘giving the green light’ and ‘environmentally friendly’; the former is correct.

T-Systems and SAP certainly seem the obvious choice to take charge of the technical aspects of the new EU gateway for health certificates. The two partners have already gained considerable experience from building Germany’s Corona-Warn-App as well as the European gateway service to link national tracing applications within the EU.

At T-Sys, it appears that Peter Lorenz, Head of the Digital Solutions unit at T-Systems, is again in charge.

During May, the focus will be on development, testing, onboarding, and verification. A T-Systems spokesperson said the gateway has now been moved out of the development environment and into the “acceptance environment of DIGIT”, which is the EU’s Directorate-General for Informatics.

The Commission has indicated its intention to bring in non-EU member states such as Switzerland and the United Kingdom, with further international collaboration also possible.

Whatever it is called in future, the Digital Green Certificate aims to provide proof that a person has either been vaccinated against COVID-19; has received a recent negative test result; or has recovered from COVID-19. The certificate is expected to be available in digital and/or paper format and contain a QR code with a digital signature. While the European Commission is responsible for building the gateway for cross-border verification purposes, national authorities are in charge of issuing vaccination certificates in their respective markets. The gateway will ensure that the digital signatures of all Digital Green Certificates can be verified across the EU through the use of public keys. The Commission has also indicated that the personal data of the certificate holder will not pass through the gateway.

In one example, France is now allowing both test and vaccination certificates to be imported into a Wallet within its TousAntiCovid contact-tracing application. According to the information on the app, it will be compatible with the Digital Green Certificate and other international requirements.