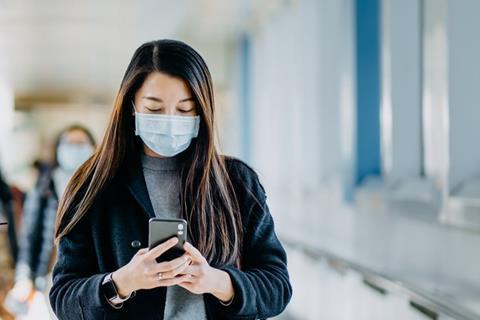 T-Systems and key enterprise software partner SAP have been charged with developing the specifications for the European Union’s proposed Digital Green Certificate, which aims to “facilitate the safe, free movement of citizens” within the EU during the COVID-19 pandemic.

The European Commission said it appointed the two “well-experienced companies, which already built the EU gateway for contact tracing apps”, to develop the technical specifications for the gateway and “support the interoperability of digital green certificate signatures”.

Johannes Bahrke, spokesperson for Digital Economy, Research and Innovation at the European Commission, said a further contract is expected to be signed before the end of April 2021 for the actual set-up of the gateway, although he was unable to provide further details at this stage.

Bahrke indicated that the technical preparations at EU level are well on track. “Our common and realistic aim is to have the Digital Green Certificate rolled out by June — both from the legal and technical side”, he said.

The European Commission presented its proposal for the Digital Green Certificate on 17 March 2021 and said it is expected to be valid in all EU countries. The certificate aims to provide proof that a person has either been vaccinated against COVID-19; has received a negative test result; or has recovered from COVID-19.

The certificate is expected to be available in digital and/or paper format and contain a QR code with a digital signature. While the European Commission will be responsible for building the gateway for cross-border verification purposes, national authorities will be in charge of building and issuing the certificates in their respective markets.

It seems likely that some EU countries will use existing COVID-19 tracing applications to store the certificates. Indeed, France has upgraded the TousAntiCovid application to store negative COVID-19 test results on mobile phones, and reports say the trial will be extended from 29 April to include vaccination certificates.

T-Systems and SAP certainly seem an obvious choice to take charge of the technical aspects of the new EU gateway for health certificates. The two partners have already gained considerable experience from building Germany’s Corona-Warn-App as well as the European gateway service to link national tracing applications within the EU.

However, Germany itself has gone elsewhere for its digital vaccination passport. Although Deutsche Telekom reportedly pitched for the contract, the contract was awarded to a consortium led by IBM in March.

According to the Official Journal of the EU, the contract amount is €2.7m but IBM will subcontract 51% of the project. Blockchain cybersecurity specialist Ubirch, IT service provider Bechtle, and Govdigital — a cooperative of 15 IT providers — are also involved in the consortium.

Given the urgency of the project, it’s possible that IBM had the edge because it has already built a Digital Health Pass, which is based on blockchain technology and is currently being trialled in the State of New York. Furthermore, IBM built the backend system for Germany’s new elektronische Patientenakte (ePatient record/ePA) that was launched this year. Ubirch and Govdigital are also involved in the rollout of digital vaccination passes in two districts in Germany: Altötting in Bavaria and Zollernalbkreis in Baden Württemberg.

Germany’s Corona-Warn-App was launched in mid-June 2020 and had been downloaded 27 million times as of 15 April 2021. The European gateway service was launched in October 2020, and now supports interoperability among a total of 17 national tracing apps, including the one in Germany. The Corona-Warn-App is also interoperable with the SwissCovid application after government representatives from Germany and Switzerland hammered out a bilateral solution.

The applications in France and Hungary (VirusRadar) are not potentially interoperable for contact tracing as they are built on centralised platforms. The European Commission also indicates that Romania is “exploring the development of a contract tracing app”, while Greece and Slovakia are said to be in the process of developing an app. Bulgaria, Luxembourg, and Sweden apparently have shown no sign of deploying tracing applications.