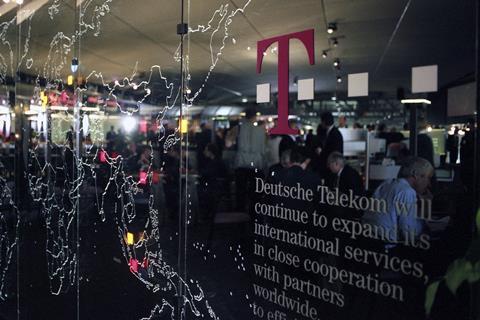 Deutsche Telekom’s (DT) Europe segment was given another slap on the back by Group leadership in recognition of its ongoing, slow-motion revival, built on increased commercial aggression and “radical simplification” plans instituted by regional Chief Executive (CEO) Srini Gopalan.

Speaking during DT’s results presentation for the year to 31 December 2019 (FY19), Group CEO Timotheus Höttges said Gopalan and his team were doing a “terrific job” in converting the challenged division — acknowledged as “one of our problem children” — into a “real gem”. “I’m very happy”, he added.

The Group’s accompanying FY19 Annual Report disclosed that Gopalan — brought in from Bharti Airtel at the start of 2017, to add some spice to harmonisation of the operator’s disparate regional telco network (Deutsche Telekomwatch, #54) — has been handed a four‑year extension to his contract, taking his mandate up to 31 December 2024.

The segment’s headline FY19 numbers were boosted by a strong end to the year.

Job not done yet

It did not appear, however, that the segment’s progress has yet prompted Höttges to change his mind about the attractiveness of Europe as an investment destination.

The CEO’s scepticism towards the European macro picture has risen over the course of the regional economic slump, and as regulatory frustrations have pervaded — and FY19 saw DT lower Europe capital expenditure (capex) by a further 3.3%. This came against a small rise (+2.6%) in Germany and huge jump in the USA (+36.6%, in euro terms). Although the other segments’ spend was boosted by outsized, 5G-focused spectrum rights acquisition, this is not unconnected to the weaknesses of the European macro environment where regional and national authorities have — as feared — made painfully slow progress in freeing up 5G licences for purchase (Deutsche Telekomwatch, passim).

Nor is a mind‑set shift imminent. Excluding spectrum investment, the Europe division’s capex is projected to remain stable in FY20 and see a slight decrease in FY21, in line with guidance laid out at DT’s May 2018 Capital Markets Day (Deutsche Telekomwatch, #74). The Group also continues to increasingly project itself as “Trans-Atlantic”, overriding the “Leading European Telco” mission stressed during the early years of Höttges’ leadership.

Romanian revival appears too late to preserve future in DT

DT’s expected exit from problem-market Romania remained high on the agenda, despite a spectacular revival in Telekom Romania’s (TR) results during Q4 FY19.

The NatCo ended a long slump by producing a 19.4%‑increase in revenue during the quarter, to €289m — as well as more than doubling “adjusted” EBITDA, to €51m. This was enough to erase previous quarters’ backwards steps and put TR into growth territory for FY19 on both lines (+5% on revenue and +4.4% in EBITDA).

TR’s immediate parent OTE Group indicated the jump was driven by a “sharp increase” in ICT services billing, led by public sector contracts — suggesting the boost is temporary. Nonetheless, it assured that TR’s revenue would have been at least flat (i.e. a trend improvement) if the ICT growth was excluded. Michael Tsamaz, CEO of OTE, described TR’s figures as “showing that our initiatives to stabilise our operations are on the right track”.

Despite the strong uptick, and Tsamaz’ continued focus on internal reshaping at TR, local newspaper Ziarul Financiar claimed DT was keen to move forward with a deal to sell the operator and mobile arm Telekom Romania Mobile Communications (TRMC) in the coming weeks, with aim to fully wrap up its exit by the end of 2020. Orange and Digi Communications continue to be presented as the most likely buyers of TR and TRMC, respectively, to bolster their existing local businesses (Deutsche Telekomwatch, #90 and passim).