Al-Saleh retained for next phase of T-Sys reboot 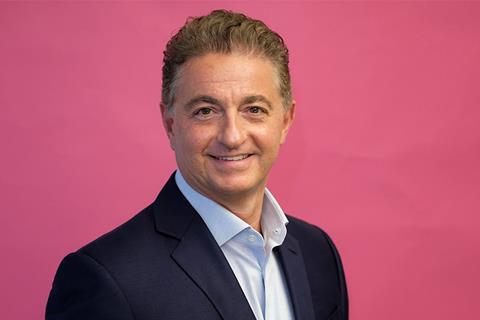 Al Saleh retained for next phase of T Sys reboot

Adel Al‑Saleh, Chief Executive (CEO) of T‑Systems (T‑Sys), was rewarded with a fresh contract as the division achieved a rare feat of hitting its marks, financially, during the year to 31 December 2019 (FY19).

The CEO — who joined Deutsche Telekom (DT) in January 2018, to inject new ideas and impetus into the Group’s T‑Sys turnaround effort (Deutsche Telekomwatch, #67) — was in September 2019 handed a two‑year extension to his original, three‑year deal, DT disclosed in its FY19 Annual Report.

By the time the new contract is up in December 2022, DT hopes not only to have completed the organisational and financial overhaul of T‑Sys but also reignited the enterprise services division as a growth-oriented digital and post‑digital services player, unencumbered by its margin-light legacy. The Report gave a further hint that it has this timeframe in mind for New T‑Sys’s birth by noting, elsewhere, that the division aims to achieve a “significant shift in the revenue mix toward our growth areas by 2022”.

As always with T‑Sys, there appears some nuance to DT’s retention of Al‑Saleh. As shown by T‑Sys’s results for FY19 (see below), the division is making progress in its turnaround programme — and Group leadership will no doubt have warmly appreciated this, given the numerous false starts it has seen in the past. At the same time, the mission is by no means accomplished, and it is clear that further measures have recently been deemed necessary to give the reorganisation additional thrust, such as the coming extraction of unprofitable Telecommunications Services (TC Services) activities and growth-led Internet of Things (IoT) and Security businesses from T‑Sys’s main hierarchy (Deutsche Telekomwatch, #86 and see separate report).

The contract extension is an evident vote of confidence in Al‑Saleh, and offers stability in a time of radical change at T‑Sys. It could also be seen as a form of compensation for being open to this carve‑up.

The language in DT’s FY19 presentation suggested that, in terms of organisation change, T‑Sys is nearing an endpoint in the overhaul.

DT CEO Timotheus Höttges sought to stress that DT had enacted an “aggressive” reset of T‑Sys’s sales organisation, and the Group’s slide deck reported its new portfolio model (see table) was now “fully operational”. However, the new measures, seeing the transfer of the Classified ICT and TC Services units to Telekom Deutschland (TDE), and spin out of Deutsche Telekom IoT and Telekom Security, are not expected to be firmed up until mid‑2020. There are also various other loose ends to be tied up, such as where T‑Sys’s challenged mainframe services business will end up, following a failed sale to IBM in 2019 (Deutsche Telekomwatch, #84).

DT’s emphasis remained on refashioning T‑Sys as a more agile and future-proof business, with significantly reduced reliance on areas dragging down its profitability because of competition and commoditisation. The Annual Report stressed that its interest for growth is in “cloud services, big data, smart network services such as Industry 4.0, the Internet of Things, and M2M, as well as for the mobilisation of business processes and ICT security”.

Partnership opportunities remain a feature of the reorganisation, as seen with recent refreshed alliances with the likes of SAP and Software AG (Deutsche Telekomwatch, #77, #85, and passim). “A focus on scalable business models and global partnerships with specialised vendors enables attractive margins and our continued investment in these areas”, the Report added.

Also noticeable was the use of the term “global” in relation to partnerships — another sign the slimmed-down and refreshed T‑Sys is looking beyond its traditional German and European heartland. Germany continues to contribute around three-quarters of T‑Sys’s revenue, but the division has been hinting at a more international focus in recent months, particularly in IoT (Deutsche Telekomwatch, #77 and passim).

As in FY18 (Deutsche Telekomwatch, #81), T‑Sys’s figures showed progress as the division works through step‑by‑step improvement of its P&L, from the top‑line down.

Spend: IT and people savings remain on agenda