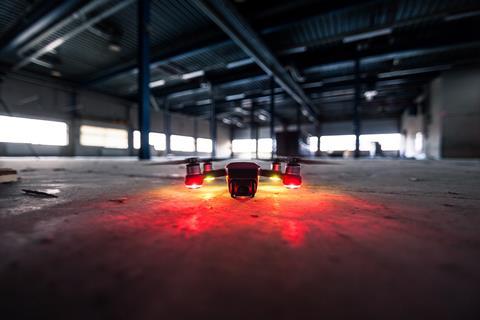 Johannes Greß, Head of Accenture’s Industry X.0 Innovation Centre posted images of the event (again via LinkedIn), one of which suggests the campus (described as a “smart plant”) is leveraging 5G connectivity to test drone technology, while piloting augmented reality (AR), automation, data analytics, and Internet of Things (IoT) solutions to optimise operational efficiency in an industrial setting. 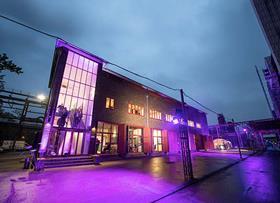 The Industry X lab is a testbed for disruptive technology, from proof‑of-concept, to leveraging 3D printing and AR to simulate potential uses, design, and testing, all the way to incubation and rollout. Accenture holds a network of Industry X labs across the globe, with footing in Africa, Asia‑Pacific, Europe, the Middle East, and North America. Incidentally, there is another Industry X site based in Garching, near Munich, including a 5G campus network with a go‑to‑market focus, following Accenture’s recent tie‑up with Nokia, to form Nokia Accenture Business Group, and provide their customers with a private LTE/5G‑ready network as a testbed.

The DT–Accenture collaboration adds to DT’s growing list of public campus network deployments across Europe — with Ericsson as its strategic partner — as the operator seeks a return on investment for its expanding 5G campus network portfolio and client base (which is listed below — Deutsche Telekomwatch #98, #97, #93, and passim).

By making its 5G allocation public, Accenture joins a growing list of businesses acquiring their own spectrum holdings following Germany’s liberation of localised mid‑band (3.7GHz/3.8GHz) rights for agricultural, industrial, and research organisations. Regulator Bundesnetzagentur highlighted in October 2020 that it had approved just under 95% of local 5G network applications as of 21 September 2020 (Deutsche Telekomwatch, #93 and #98).

The Accenture partnership came shortly before it emerged that T‑Systems and Telefónica Deutschland (O2) are on the list of organisations that have been granted ‘local’ 5G allocations in Germany, the first time that telecoms operators have explicitly featured in the roll call.

Also present is Verizon Deutschland, the enterprise service provider that is part of the US-based Verizon Communications group.

Germany’s Bundesnetzagentur (Federal Networks Agency/BNetzA), which is spearheading private 5G licensing in Europe, said it had received 93 local 5G network applications as of 13 November 2020, with 88 granted.

This represents a moderate increase from September 2020, when approvals stood at 74, and points to steadily rising demand for localised, mid‑band (3.7GHz/3.8GHz) rights for agricultural, industrial, and research organisations. Approvals stood at 43 in April 2020; the nation’s liberalisation of the rights commenced a year ago.

Organisations also still appear increasingly willing to make their 5G allocations public. Now, BNetzA has been permitted to publish details of 51 applicants, up from 38 in September 2020.

Mobile network operators, including DT, were initially critical of BNetzA’s ‘industry band’ plan. Having failed to block it, they now pitch themselves as key campus network partners, pushing for end‑to‑end responsibility across connectivity, service, and solutions.

A spokesperson for O2 said the BNetzA 5G campus network licence will support a private 5G network at its Munich premises for internal research and testing purposes.

Like DT, O2 is already providing private 5G network solutions to enterprise customers. One high-profile project is the deployment of a 5G campus network for Mercedes‑Benz Cars at Factory 56 in Sindelfingen, in collaboration with Ericsson. O2 also partnered with Nokia for its first 5G private network deployment at BASECAMP, with the supplier providing a small‑cell‑based indoor network for the project (Telefónicawatch, #141).

While not yet a publicly-declared licence holder, Vodafone Germany previously indicated that it is working with almost 200 organisations on 5G campus networks. Publicly confirmed projects include a collaboration with e.GO and Ericsson on electric car production, and a partnership with Lufthansa Technik and Nokia on the construction of a 5G campus network at an aircraft hangar at Hamburg Airport (Vodafonewatch, #185).