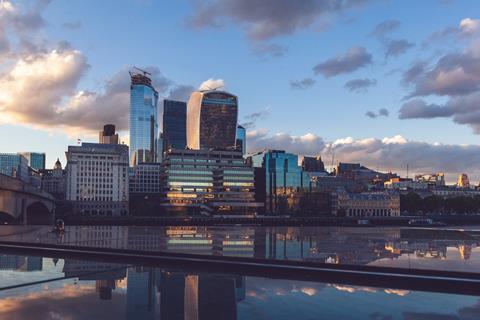 Hot on the heels of its announcement of a new Telecommunications (Security) Bill last week, the UK government unveiled a roadmap for the removal of equipment provided by Huawei Technologies from UK 5G networks by 2027, as well as new measures aimed at creating a more diverse telecoms supply chain.

Digital, Culture, Media and Sport Secretary Oliver Dowden made use of the second reading of the bill in parliament today to highlight a key new deadline as part of this roadmap: operators have been given until 30 September 2021 to stop installing Huawei kit.

BT and Vodafone UK are already taking steps to reduce their reliance on Huawei, in compliance with existing deadlines to remove the China-based vendor from the 5G procurement process after 2020, and strip it out of existing 5G infrastructure by 2027.

Some reports suggested that the operators will regard the imposition of additional deadlines as an unwelcome development, although 2027 is still clearly the significant date.

In a statement, BT said it will “work towards these timescales going forward, as we are already working to the 2027 deadline for the full removal of Huawei equipment from 5G networks”.

“These timescales are challenging, and we’re still working through some of the implications. However, we are moving at pace to meet government guidelines, having already signed significant deals with Ericsson and Nokia since July, and expect we’ll be able to meet these timescales”, a BT spokesperson added.

Diversification push, with a view to opening up the RAN

As flagged last week, the Department of Digital, Culture, Media and Sport (DCMS) has now published a new 5G Diversification Strategy that it hopes will “create a more diverse, competitive, and innovative supply market for telecoms”, with initial funding of £250m.

The strategy is the result of the 2019 Telecoms Supply Chain Review that investigated supply arrangements for the UK telecoms Critical National Infrastructure (CNI) and has three core strands: supporting incumbent suppliers; attracting new suppliers into the UK market; and accelerating the development and deployment of open-interface solutions.

Key practical elements of the strategy include:

Dowden said the government aims to confront “head on” the risk of being overly reliant on a small number of suppliers. The DCMS noted that the removal of Huawei equipment from future networks means that the UK “is now reliant on just two mobile access network equipment suppliers — Nokia and Ericsson. This represents an intolerable resilience risk and absent intervention it is unlikely that the market will diversify”.

The delivery and implementation of the strategy will be guided by the recently established Telecoms Diversification Taskforce, which is headed up by former BT Chief Executive Sir Ian Livingston. Other members include Scott Petty, Chief Technology Officer at Vodafone UK, Clive Selley, CEO at Openreach, Rosalind Singleton, Chair of UK5G’s Advisory Board, David Rogers, Chief Executive of Copper Horse, Professor Rahim Tafazolli, Head of Institute of Communication Systems at the University of Surrey, Professor Dimitra Simeonidou, Professor of High Performance Networks at the University of Bristol, and Scott Steedman, Director of Standards, British Standards Institution. Dr Ian Levy, Technical Director of the NCSC, and Professor Simon Saunders, Director of Emerging & Online Technology at Ofcom, will also act as technical advisers.

BT and Vodafone are already engaged in their own open RAN research efforts, including within TIP. Vodafone UK recently announced plans to deploy open RAN technology at 2,600 mobile sites across Wales and the south west of England.

Paul Crane, Research Director at BT, opined recently that there is a potential role for TIP to convene an ‘Open RAN UK’ project, noting that BT, Telefonica, and Vodafone — three of the UK’s four mobile network operators — are already TIP members.

Speaking during a TIP panel on The Policy Path To Connectivity, in mid-November, Crane suggested that TIP could help drive the maturity of open RAN equipment for deployment in a wide area, macro environment.

He added that BT is perhaps seen as too cautious with regard to the deployment of technologies such as open RAN, but pointed out that this is driven by experience and the need to always ensure a reliable service for customers.