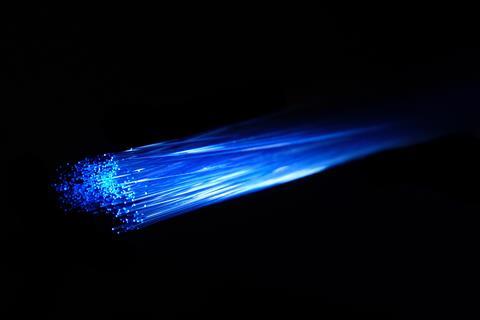 CityFibre hauled in another £300m in March 2022 from existing shareholder Emirati state-owned Mubadala Investment Company, adding to the £500m it previously invested as part of the operator’s £1.125bn financing package in September 2021.

CityFibre has raised £1.4bn in the last six months, claiming the sum to be the “largest ever financing for UK full-fibre deployment”.

The wholesale fibre network operator said the new investment would go toward its £4bn plan to reach eight million homes by the end of 2025 across 285 cities, towns, and villages, as well as support its participation in Building Digital UK’s (BDUK) Project Gigabit programme for rural areas (BTwatch, #323 and passim).

The new funding follows just four months after the altnet and ISP raised £123m that included £5m from its founders, £25m from Advencap, £20m from ESO Capital Partners UK, and £73m in debt provided by Avenue Capital Group.

Macquarie owns Hull-oriented KCOM and has a majority stake in rural altnet Voneus Broadband. In Macquarie’s gigabit broadband project area, both operators will receive some of the new investment to expand their networks.

Since 2019, an average of around 30 companies per year have been granted network authorisations (so-called ‘code powers’) by regulator Ofcom, compared to an average of six per year in the previous decade, according to a survey by consultancy Communications Chambers. The pace looks the same so far in 2022 as seven companies received code powers in the first few months of the year.

There are around 100 altnets with plans to deploy fibre-to-the-premises (FTTP) in the UK of various size, maturity, and business models — national, regional, rural, city-focused. Some are so new they are thought to exist only on PowerPoint, as Community Fibre Chairman Olaf Swantee pointed out in an interview with the Financial Times in 2021 (BTwatch, #327). Collectively, altnets are expected to spend around £12bn to support network builds that could reach 30 million premises by 2025, according to a report by Point Topic for the Independent Network Cooperative Association (INCA).

While they are many in number and still growing, they are individually dwarfed by the old guard, Openreach and Virgin Media O2 (VM O2), which remain dominant in terms of homes passed, build plans, and investment power. INCA estimated that independent operators passed almost three million premises by the end of 2021, according to ComputerWeekly.

Openreach has recently revved its rollout engines to accelerate full fibre deployment to hit its goal of 25 million premises passed by December 2026. With the latest FTTP update, Openreach CEO Clive Selley boasted that “it took eight years for us to pass our first million premises, but only four months to pass our latest million”.

With so many players in the market, some with overlapping builds, some industry observers say altnet consolidation is inevitable. The current fibre situation is often likened to the UK cable industry in the 1980s and 1990s that saw many providers being merged, ultimately culminating in one big player: Virgin Media (BTwatch, #326).

Looking at the stated FTTP rollout plans of Openreach, VM O2, and all the altnets, Communications Chambers calculates the total premises passed adds up to about 75 million, which is around 2.5 times the number of premises in the UK.

There has been some M&A activity but much more is expected.

CityFibre acquired Fibre Nation from TalkTalk back in 2020 and fancies itself as a key player in altnet consolidation. CEO Mesch told The Times in November 2021 that the company was in discussions with companies that have “compatible footprint with ours”.

London-centric Community Fibre acquired a majority stake in Box Broadband in August 2021, which operates southwest of the UK capital in Surrey and West Sussex. The move took the operator beyond its London heartland for the first time, and it has asked Ofcom to modify its code powers to provide country-wide services, according to Capacity Media.

In October 2021, Voneus snapped up Carlisle-based Solway Communications, gaining locations across Cumbria and the North of England. A month prior, Voneus also acquired IRG Computers, the company behind ResQNet — a wireless internet provider that serves rural areas across parts of Carmarthenshire, Ceredigion, Pembrokeshire, and the Swansea Valleys.

ISPreview reported in April 2022 that VISPA has acquired most of the FTTP sites deployed by British Fibre Networks, part of i4 Technology Group, and Openreach picked up the rest, which is understood to be about four sites and roughly 30 premises.

The deal followed news in December 2021 of Swish Fibre snapping up Essex-based People’s Fibre for £2.8m, which had gone into administration, according to ISPreview. Swish Fibre is backed by Fern Trading and has a target to roll out full fibre to 250,000 homes in the Home Counties.