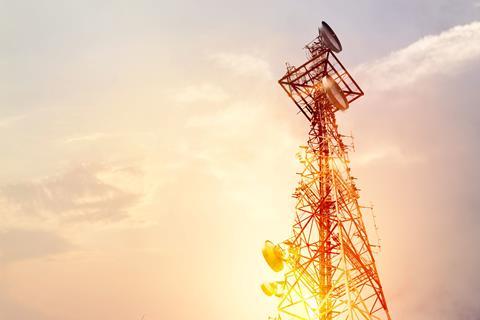 BT Group said it welcomed the “balanced outcome” that the Competition and Markets Authority reached in its investigation of the proposed Cellnex acquisition of CK Hutchison infrastructure across the UK after the deal was finally approved with conditions attached.

The CMA has given the green light for the Spanish InfraCo to buy CK Hutchison’s 6,000 passive telecom infrastructure sites in the country, subject to the divestment of about 1,000 of Cellnex’s existing UK sites that overlap geographically with the CK Hutchison sites to be acquired. Cellnex said it currently owns or controls approximately 9,000 sites in the UK, most of which it gained following its £2bn (€2.4bn) purchase of Arqiva’s telecoms infrastructure division.

It’s not clear as yet which entity will buy the 1,000 sites, although four unnamed companies previously made themselves known to the CMA as potential buyers of any tower sites that would need to be sold by Cellnex. The InfraCo had also been willing to sell its own existing sites where there is crossover with wireless infrastructure currently owned and managed by Mobile Broadband Network Limited, CK Hutchison’s infrastructure joint venture with BT.

In doing so, Cellnex had considered it would be creating the opportunity for a viable independent market player to emerge — one that would ensure sufficient competition in the provision of passive infrastructure for wireless connectivity in the UK market.

The CMA was clearly persuaded by this argument. Richard Feasey, Chair of the independent Inquiry Group at the CMA, said the sale of this “significant package of assets will allow a major supplier to compete against Cellnex when mobile networks look to negotiate new contracts in future. This, in turn, stops the threat of higher prices or worse terms for the operators and their customers as a result of this deal”.

To be sure, BT had strongly objected to the Cellnex and Hutchison merger when it was announced (BTwatch, #329). The owner of the EE network claimed the deal would effectively give Cellnex immediate control of Hutchison’s stake in MBNL and increase the risk that investment would not be made available to use the JV’s infrastructure to deliver 5G coverage.

It would appear that BT’s fears have now been allayed. A Group spokesperson said the agreement reached between the CMA and Cellnex will “help to maintain healthy competition in a vital part of the telecommunications sector. Coupled with the recent strengthening of our own partnership with Cellnex, we now have important long-term certainty on a key piece of network infrastructure, allowing the EE network to build further on its leadership position in the UK”.

Cellnex and BT signed an extension to an existing ten-year Master Site Services Agreement in February 2022. The renewed “multi-decade partnership” could see Cellnex provide access to additional infrastructure to BT beyond 2030.

The approval of the deal with CK Hutchison in the UK will see Cellnex:

The deal also looks forward to the dissolution of the MBNL JV by 2031 at the latest. The CMA said, following the break-up of the JV, CK Hutchison will transfer a minimum of 3,000 and a maximum of half the MBNL sites to Cellnex.

For Cellnex, the CMA’s approval of its UK deal concludes the final component of the series of agreements announced in November 2020 to acquire CK Hutchison’s approximate 24,600 sites in six European countries: Austria, Denmark, Ireland, Italy, Sweden, and the UK. The InfraCo noted that the CMA’s approval remains contingent on the implementation of the agreed remedy to sell 1,000 sites.

CK Hutchison will receive a total of €3.7bn for the sale of its UK sites. The six transactions represent a total investment of €10bn, and the agreements also cover the deployment of up to 5,250 new sites (600 of which in the UK) over the next eight years, with an additional investment of €1.15bn.