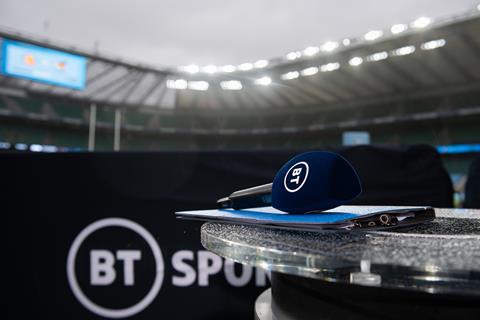 BT Group acknowledged press reports that it was in early stage talks with potential investors in relation to a potential sale or financial partnership linked to its BT Sport broadcasting business.

First reported by The Telegraph, BT was said to be in talks with potential investors, including Amazon, Disney, sports streaming specialist DAZN, and an unnamed British broadcaster, having appointed investment bank Lazard to explore options for a partial sale. Subsequent reporting suggested that ITV was the national broadcaster involved in discussions, but also that it was close to ending its interest. Private equity players CVC and Silverlake were also initially involved but have since left the talks. Citing “deal insiders”, the Daily Telegraph reported that BT would offer its rights agreements, BT Sport brand, and BT Studios as part of a possible joint venture.

The apparent termination of ITV’s interest in partnering BT Sport leaves talks in the hands of over‑the‑top (OTT)‑focused content providers. The presence of Amazon among the rumoured partners is perhaps unsurprising given the web giant’s demonstrable interest in adding live sports broadcasting to its Prime OTT offering, and its existing close relationship with BT Sport around Premier League broadcasting (BTwatch, passim). Consumer and Amazon also have an alliance, with the Prime video offering integrated into the BT TV platform. Making the relationship a two‑way street, with BT Sport made available through the Prime portal, could be beneficial for both parties.

BT and Disney have notably not yet come to any agreement in relation to bringing Disney+ to BT customers, but a possible partnership on BT Sport could reframe any negotiations. International OTT player DAZN was reportedly hit hard by the coronavirus pandemic, and has seemingly struggled with its strategic direction as securing valuable rights, particularly in Europe, proves challenging. Coming on board with BT in the UK could enable it to secure its UK footing on production and distribution (BTwatch, #304 and #306).

The apparent plans for BT to find a financial partner for its sports broadcasting business comes as oxygen for investment remains in short supply across the Group. Infrastructure investment for 5G and fibre remains a priority as it pursues its commitment to roll out fibre broadband to 20 million premises by the mid‑ to late‑2020s for an estimated outlay of £12bn (BTwatch, #309 and #321–#322), and the Group’s pension deficit is a perpetual drain on cash.

A question of sport

In line with its disclosure obligations, BT confirmed that talks were underway as the press speculation built.

“Further to media reports, BT can confirm that early discussions are being held with a number of select strategic partners to explore ways to generate investment, strengthen our sports business, and help take it to the next stage in its growth. The discussions are confidential and may or may not lead to an outcome. ”

BT did not provide further details, but reports suggest the telco does not want to fully exit the BT Sport business. Rather, it is looking for investment from a partner and could potentially create a joint venture to shoulder the investment burden in sports broadcasting.

A telling quote in The Telegraph from a “deal insider” highlighted another possible reason BT may be considering a step back from the content front line. The anonymous source described sports broadcasting as a “horrible business”, noting “every three years you don’t know if you will retain your rights in an auction or whether you will lose the lot”.

Although Consumer has indicated that the sport business is close to breaking even financially, and that it provides broader benefits in terms of brand perception and loyalty (BTwatch, #296), the value of continuing to bid for high‑profile rights could be called into question. The division is establishing itself as a content aggregator and as a digital platform, making its own and its partners’ products and services available to the customer base. Having full control of BT Sport is not essential in this model, and the risk of losing rights is less of an issue when it is providing a channel to market for whoever does hold them.

While there may be some tactical or strategic benefits to having controls of these rights when negotiating terms with other rights holders such as Sky, a partnering approach would enable BT to hedge its bets. It is also worth noting that Virgin Media is able to offer the full range of sports broadcasting channels as part of its bundles without holding any rights itself.

There appears to be little enthusiasm within current management for swashbuckling deals and securing bragging rights over its communication provider rivals. Instead, a partnership approach could enable Consumer to make faster progress with Consumer Chief Executive (CEO) Marc Allera’s ambition to make more from distributing BT Sport content and help the unit more than cover it costs.

BT Sport has been keenly affected by COVID‑19. The suspension of live sport in the UK in 2020 at the height of the pandemic forced BT to pause domestic subscriptions to the service, and the closure of pubs, hotels, and other leisure facilities was said to be costing Consumer up to £30m a quarter in revenue and earnings (BTwatch, #311–#315 and #317). While sport resumed, and home subscriptions sputtered back to life, not all customers chose to renew subscriptions and revenue losses from commercial customers have continued.

The size and shape of any deal for BT Sport is difficult to predict because the future of sports broadcasting rights and consumer demand for live sports is up in the air in the wake of the coronavirus pandemic. The next round of Premier League rights were due to be negotiated in early‑2021, but there are reported plans for extending existing deals with Amazon, BT, and Sky for another three years. This may provide an opportunity for BT to find a partner with a degree of confidence on anticipated income and costs for a longer time frame.

There are also signs that the high cost of sports rights, particularly for professional football, could be set to drop. Simon Green, Head of BT Sport, recently said that he expects one of the fallouts from the pandemic to be a “correction” in the value of TV sports rights, which have typically increased over the last 30 years (BTwatch, #315 and #322). Green told the Financial Times in February 2021 that Europe’s top football leagues should be braced for a period of “deflation” in the value of their TV rights, which he described as a “welcome change to the market”.

In what now looks to be a more meaningful departure, Andy Haworth, BT’s Managing Director for Sports Rights & Commercial, left the Group at the end of 2020 and a replacement has not been named (BTwatch, #320). Haworth is credited with being a key contributor to BT Sport’s strategy since its inception in 2013, playing a “pivotal role in the launch”, according to a BT spokesperson. This included bagging rights to the UEFA Champions League and Premier League football, as well as signing a deal with rival provider Sky to grant customers access to its Sky Sports and Entertainment packages via BT’s YouView‑based platform (BTwatch, #310).

Underlining stakeholder concerns surrounding BT’s ability to fund its investment plans, news of a possible partial sale of BT Sport also reignited speculation that the Group might be reconsidering monetising its access infrastructure services subsidiary Openreach. In November 2020, BT Group CEO Philip Jansen said he was “open minded” about selling a “minority interest” in Openreach, but any move could not happen until there was regulatory clarity about BT’s fibre deployment (BTwatch, #317). Now that Ofcom has ruled on the Wholesale Fixed Telecoms Market Review, questions about Openreach have resurfaced.

The Sunday Times reported that about ten investors have looked closely at Openreach, including Morgan Stanley Infrastructure Partners and Stonepeak Infrastructure Partners. The report points out that there would be potential hurdles from regulatory considerations, as well as complexities from BT’s pension scheme. National politics and security could also be a factor in any move. Another line of speculation suggests there would be more value in spinning out Openreach completely and publicly listing the company, although again, complexity surrounding the ownership of physical assets, and allocation of Group liabilities may prove challenging.