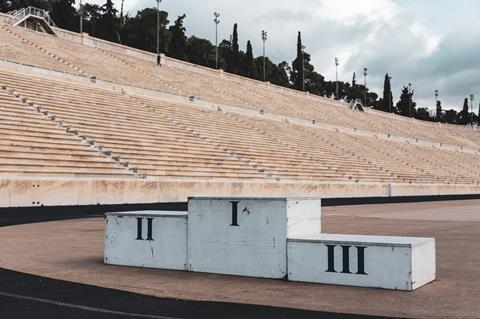 Vodafone’s annual Supplier Awards have been confirmed for 2020, with Accenture and Nokia both winning a brace.

Accenture earned the top honour — Supplier of the Year — as well as recognition for its ‘Outstanding Technology Performance’. Ninian Wilson, Vodafone’s Global Supply Chain Director, recognised it as a “wonderful relationship turn-around story”, in response to a LinkedIn post from Chris Howarth, Managing Director of Accenture’s Vodafone account. Accenture was runner-up for the ‘Sustainable Supply Chain’ award in 2019.

Nokia also picked up two awards: ‘Health & Safety’ and ‘outstanding account management performance’. The former was previously won by peer Ericsson in 2019, while the latter hints at the strength of Vodafone’s Nokia partnership. Previously, the title was given to the team with the highest Net Promoter Score (Google Cloud, in 2019), though this was not confirmed to be the measurement this year.

Ericsson was a notable absentee in the winners list this year, with the network equipment producer (NEP) having earned two titles in 2019.

Fellow absentee Huawei, which was crowned Supplier of the Decade in 2017 (Vodafonewatch, #165), didn’t make a showing for the first time in seven years, having won a record eight awards in that time. Huawei’s shaken standing across Vodafone’s markets appears to have taken its toll.

In macro-economic terms, Nokia has also been under the cosh in recent times, and Vodafone may be keen to promote a resurgence by the Finnish NEP under its refreshed leadership team, both to fill the void left by Huawei and provide a counterweight to its recently dominant Swedish peer. Nokia may also be benefitting from its outrider status amongst ‘monolith’ NEPs, in supporting open RAN and other moves towards disaggregating network infrastructure.

Cisco, another of Vodafone’s main network enablers, picked up the ‘Sustainability’ award. It currently boasts partnerships across numerous Vodafone markets including Germany, India, Italy, Spain, and Turkey (Vodafonewatch, passim). At 2019’s awards, this title was jointly picked up by IBM and TCL.

Recognising Sitetracker at the annual awards appears to be a nod by Vodafone Procurement Company (VPC) to Tomorrow Street’s reinvigoration as an in-house scale-up incubator. The joint venture is actively growing its portfolio at present, having added two further companies to the fold — Geospock and Quantexa (Vodafonewatch, #190).

‘Outstanding Products & Services Performance’ winner Sercomm improved on its runner-up position last year, when it was beaten by Ericsson to the ‘Supplier of the Year 2019’ title. In 2017, it earned an award for ‘contribution to customer experience’ (Vodafonewatch, #165 and #174).

In recent years taking place during Tomorrow Street’s annual Arch Summit event — this year cancelled — the awards were instead revealed during an inaugural online Vodafone Supplier Event, hosted by Ninian Wilson and VPC Chairman Detlef Schultz. Wilson has confirmed to TelcoTitans that, external factors permitting, Arch Summit will be returning in 2021.