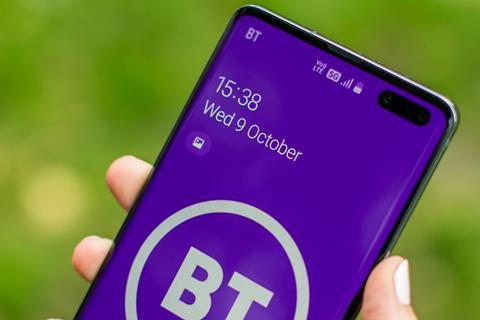 The UK government aims to enshrine in law its ban on Huawei Technologies and other vendors perceived as high risk from the country’s 5G procurement process, with new network security legislation that builds in heavy fines if UK operators fail to toe the line.

The Department for Digital, Culture, Media & Sport (DCMS) said the Telecommunications (Security) Bill “aims to give the government unprecedented new powers to boost the security standards of the UK’s telecoms networks and remove the threat of high‑risk vendors”.

High‑risk vendors are already banned from core networks, but the bill will allow the government to impose controls on the use of goods, services, or facilities supplied by these suppliers.

A standout element of the new bill is the proposal to impose fines of up to 10% of turnover on telcos that “fall short of the new duties or do not follow directions on the use of high‑risk vendors” — or, in the case of a continuing contravention, £100,000 per day. UK regulator Ofcom has been assigned the task of monitoring and assessing the security of telecoms providers.

The fines are designed to remedy a system where mobile operators set their own security standards and often have “little incentive to adopt the best security practices”, the DCMS said.

In addition, the bill sets out new legal obligations on telecoms players to increase the security of the entire UK network, and new powers for government to remove high‑risk vendors such as Huawei. New codes of practice to demonstrate how providers should comply with their legal obligations will be published once the bill has received royal assent.

Digital, Culture, Media and Sport Secretary Oliver Dowden said the bill “will give the UK one of the toughest telecoms security regimes in the world and allow us to take the action necessary to protect our networks”.

Notably, the government said it aims to address the lack of diversity in the supply chain in an upcoming 5G Diversification Strategy, by outlining new measures to “boost competition and innovation in the telecoms supply chain and reduce dependence on individual suppliers”.

BT and Vodafone already on the case…

The new network security bill is being presented in parliament around four months after the UK government revised its approach to the presence of Huawei in domestic network infrastructure, banning the China‑based vendor from the 5G procurement process after 2020, and stripping it out of existing 5G infrastructure by 2027.

The revision followed sustained pressure from the USA and an awkward squad of the government’s own Members of Parliament to exclude Huawei from next‑generation networks (NGN), as well as existing deployments. The revised advice from the country’s National Cyber Security Centre (NCSC) also underlined wider infrastructure resilience and security challenges facing the UK.

BT and Vodafone UK are already taking steps to reduce their reliance on Huawei. Vodafone, for example, recently announced plans to deploy open RAN technology at 2,600 mobile sites across Wales and the south west of England.

A BT Group spokesperson said that it welcomes the government’s “establishment of clear security standards for the UK telecoms industry. We’ll continue to work closely with the NCSC and other government bodies to develop these standards further and provide a framework that sets a world‑leading standard for the security of the UK’s networks”.

“As we outlined in July, we’re working to the latest government guidelines around the exclusion of Huawei from 5G networks, and we’ve recently signed agreements with Nokia and Ericsson that will allow us to deliver on these commitments”, the BT spokesperson added.

… as Huawei keeps up the pressure…

Despite the growing resistance in the UK, Huawei has not entirely given up the fight, it seems. Huawei Vice‑President Victor Zhang told Reuters that the decision to exclude it from 5G was “politically motivated and not based on a fair evaluation of the risks”.

The vendor also cited a report carried out on its behalf by Oxford Economics that claimed Huawei contributes £3.3bn (€3.7bn) to the UK’s GDP and supports 51,000 jobs through its economic activity.

…and Germany strives for consensus

Over in Germany, meanwhile, the government is constructing a more delicate balancing act to deal with the thorny problem of Huawei.

A Reuters report said the latest version of Germany’s IT security bill puts forward the need to reach a consensus within government that a vendor poses a national security threat in order to exclude its equipment from 5G networks.

It has been previously indicated that the bill, if passed, will effectively ban Huawei from the 5G radio access network (RAN) market. A German government spokesman told Reuters that the latest draft “implements the results of previous discussions with the ministries and submits new compromise proposals”.

Telekom Deutschland and Vodafone Germany both told Handelsblatt they are now reviewing the draft law in some detail.

Of Germany’s three established mobile network operators, Telekom Deutschland looks to have been the most optimistic about Huawei’s chances of surviving political scrutiny, recently signing a new 5G RAN contract with the Chinese supplier (Deutsche Telekomwatch, #95).