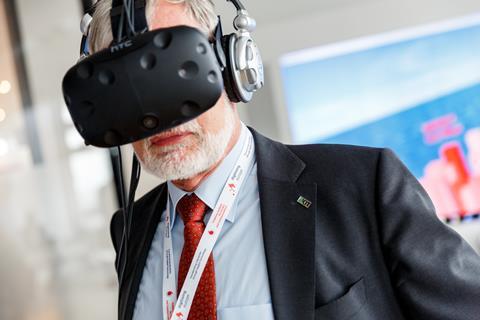 Vodafone’s headline data for FY18–19, and corresponding results for the last quarter of the year, did little to help make the presentation easier for Read and Chief Financial Officer Margherita Della Valle, although the leadership duo never appeared overly under pressure during the discussion.

Vodafone’s main service revenue line dipped into reverse gear again in Q4, seeing a 0.7%-drop to €9bn — if viewed through the favourable lens of the Group’s latest custom trend measure of “organic growth excluding the impact of settlements”.

Merely “organically” — i.e. just erasing M&A and currency movement impact — service revenue fell 1.8%. At full face value, it was down 5.1%, thanks largely to further weakening of key currencies in emerging markets (one of the reasons for leadership’s hurry to extricate itself from non‑European territories). For the full‑year, on this ‘reported’ basis, service revenue dropped 4.5%.

Weakness extended down the P&L.

Across FY18–19, earnings before interest, taxation, depreciation, and amortisation (EBITDA) rose 3.1%, to €14.7bn — enabling leadership to meet guidance and maintain its narrative of success in generating margin improvement during difficult times.

However, again, this growth figure was based on the Group’s highly selective view of what exactly represents a ‘one-off’ or ‘uncontrollable’ factor in curtailing its business (a “headwind”, in Group parlance). Nor was the EBITDA expansion sufficient to ensure full profitability. Factoring in costs including capital expenditure (capex) and the €3.5bn in goodwill write‑downs recorded at H1 FY18–19 for Vodafone Idea, Vodafone Romania, and Vodafone Spain (Vodafonewatch, #170), Vodafone recorded a €7.6bn loss for the fiscal year.

Across Regions and OpCos, the picture remained largely consistent with other recent quarters. Europe Region fortunes continued to rest on a challenged Vodafone Germany (VfD), and the Europe Cluster of smaller OpCos, to balance out competitive pain in Italy, Spain, and the UK, and the division remains in the waiting room for a tune-up via the Group’s four-country Liberty Global cable asset acquisition, still in the hands of the European Commission.

In the diminishing Rest of the World Region, most businesses continued to produce decent levels of growth, at least in local currency terms. Regional trends are discussed in more depth elsewhere in this report.