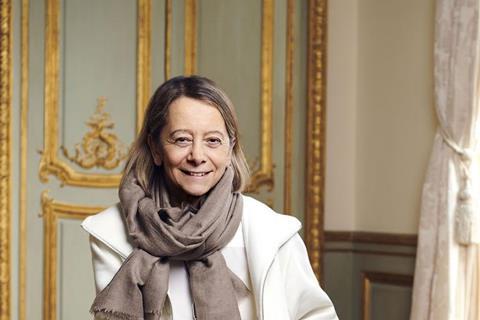 As Chairwoman of Ardian, a France-based private equity investment company, Dominique Senequier oversees in excess of $100bn in assets (June 2020). Ardian has offices across Europe, the Americas, and Asia.

Perhaps Senequier’s most satisfying deal was a successful management buyout (MBO) of AXA Private Equity in 2013 (which became Ardian).

Senequier joined AXA Group, a French insurer, in 1996. It was there that the founded AXA Private Equity. As CEO, she turned what was then a marginal fund management business into one Europe’s biggest private equity investors with $32bn of assets.

Stephen Schwarzman, Chairman and CEO of The Blackstone Group, and Henry Kravis, co-Chairman and co‑CEO of KKR & Co. — both long-time acquaintances of Senequier — reportedly backed out of talks to acquire AXA Private Equity when it became clear she wanted to be her own boss.

Ardian made up for an earlier disappointment, which apparently rankled Senequier for some time (and perhaps still does). After ten years building up a private equity division she started at GAN Group — another French insurer, now owned by Groupama — her MBO bid to take it over in 1995 was blocked by a long drawn out political process. GAN was eventually bailed out by the French state.

In 1972, Senequier graduated from Ecole Polytechnique, France’s elite engineering school. She was of the first seven women to achieve this feat. Forty years on she was made Chevalier de la Légion d’Honneur by the French state.

Senequier began her career as insurance commissioner for the French Ministry of Finance, where she worked from 1975 until 1980.

In June 2020, Ardian Infrastructure joined with other investors in buying a stake in Vodafone and TIM’s INWIT tower JV.

The cheery-looking Senequier often seen in photos belies a tough interior. She makes no apologies for calling out underperforming companies, and if a dose of “l’activisme” is needed to remedy management failings then so be it.

Her attitude is perhaps not surprising. Senequier would not have built up bulging private equity funds at GAN, AXA, and Ardian if she suffered from bouts of sentimentality. She is not afraid to speak her mind, even if that means having a dig at her own country.

Senequier regularly bemoans what she feels is France’s lack of support for financial services. “French are good cooks”, she once said, “but less financially minded”. She went so far as to suggest that being a woman in a male-dominated world was less of a burden than being French. In a post-Brexit world, Senequier thinks London will still be the number one financial city in Europe. “Private equity is not part of [France’s] culture”, she said.

If Vodafone executives are looking for small talk with Senequier, they might have some success with piano, opera, history, and philosophy. These are invariably listed among her interests. For a meaningful business-focused discussion, they will need to have an honest appraisal to hand of management strengths and weaknesses.

Likely to say: “Is this the best management can do?”