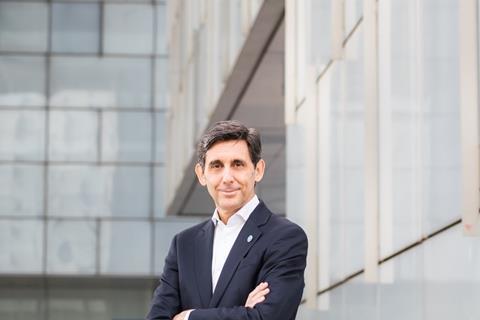 Telefónica Group Executive Chairman José María Álvarez‑Pallete was elected Chairman of the GSM Associations’ Board, with a mandate stretching to the end of 2024.

He replaced outgoing Orange Chief Executive Stéphane Richard, who has held the seat for the past three years. Álvarez‑Pallete will oversee the strategic direction of the GSMA, supporting what he described as a “robust and innovation telecommunications sector” with “responsible, sustainable, and inclusive leadership”.

He said he takes the GSMA lead at a time when “the metaverse, web3, and the new digital age” are coming into focus.

“ Digitalisation progress must include responsible leadership to drive growth, job creation, sustainability and accelerate digital inclusion. I look forward to supporting the GSMA in advancing these critical issues. ”

His predecessor, Richard, has departed the position at the same time as his Chairman and CEO roles at Orange. He was thanked for his “steady and supportive” leadership through a “challenging period” by Mats Granryd, GSMA Director General.

Richard exited Orange after a guilty verdict and one‑year suspended sentence for a long‑running fraud case related to his time in the French government. He was replaced as CEO by Schneider Electric’s Executive Vice‑President for Europe Operations, Christel Heydemann, but remains in a Non‑Executive Chairman role until a replacement is found ahead of the Group’s mid‑May Annual General Meeting.

The Spanish operator engages with the GSMA in several ways, both via participation in R&D projects and through strategic and policy roles.

Among the GSMA projects in which Telefónica is involved is the Telco Edge Cloud. Together with BT, China Unicom, Deutsche Telekom, KDDI, Orange, Singtel, and Telecom Italia, Telefónica launched a multi‑operator, multi‑location edge platform pilot. It is also tied with Deutsche Telekom, Orange, and T‑Mobile US on a GSMA‑backed blockchain network, established in 2020 to improve inter‑operator roaming contracts (Telefónicawatch, #141).