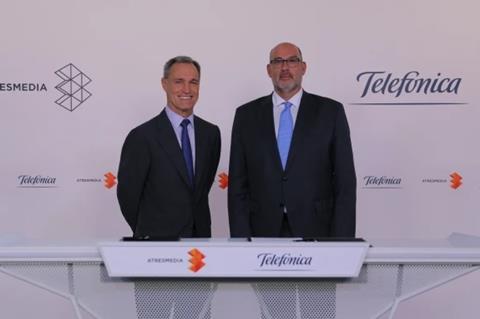 The changes saw two additional seats added to the board, with equal representation from the two co‑parents retained. Telefónica España President Emilio Gayo was elected Chair.

From Movistar Plus+, President Sergio Oslé and Chief Executive Cristina Burzako were appointed, alongside Telefónica Group’s Director of Corporate Affairs & Sustainability Eduardo Navarro. The four represent some of Telefónica’s big hitters, with two of the four — Gayo and Navarro — also sitting on the Group’s Executive Committee.

Ángeles López Lobatón was appointed General Secretary of Buendía Estudios. López is Director of Legal Counsel at Telefónica Audiovisual Digital, the content production and management subsidiary that oversees Movistar Plus+.

Spanish‑language content has been a point of interest for Telefónica in the past year, with Movistar Plus+ a particular proponent under both Burzako’s current leadership and that of her predecessor, Oslé, who described the Spanish‑speaking TV content market as a logical target for expansion.