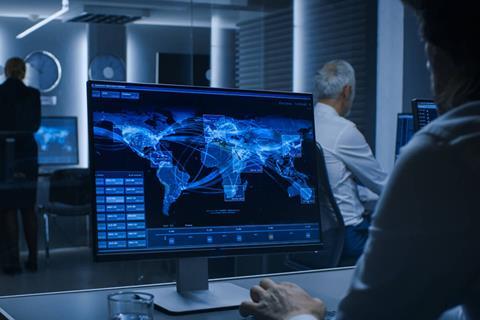 The new managed service, flexWAN by Fortinet, is described as “security‑driven networking” for SD‑WAN. It aims to build cybersecurity into SD‑WAN infrastructure, enabling Secure Access Service Edge (SASE) to support the cloud‑centric, work‑from‑home models prevalent since the outbreak of COVID‑19.

It will first be launched in Telefónica’s home market of Spain, before extending across the Group’s footprint in the Americas and Europe.

flexWAN by Fortinet is effectively a combination of the Fortinet Secure SD‑WAN enterprise security solution and Telefónica Tech’s managed security and cloud services.

SASE is a security cloud architecture model that melds security functions with SD‑WAN and delivers them as a common cloud service to provide enterprise users with secure access to their cloud applications wherever they are. Interest in SASE has surged recently driven by the rise in remote working. According to a recent research paper by Gartner, “by 2024, at least 40% of enterprises will have explicit strategies to adapt SASE, up from less than 1% at year‑end 2018”. Telefónica is not the first to respond to this surge. Deutsche Telekom B2B Europe launched a partnership with Versa Networks to add SASE to its Telekom SD‑WAN Services proposition in early‑2021.

Fortinet in the flexWAN fold

The flexWAN marque was first used for a 2017 service developed by Telefónica. It built software‑defined network technology to support “flexible” enterprise connectivity, and was among the Group’s first foray into business‑to‑business SD‑WAN after an initial partnership with Nokia‑owned Nuage Networks (Telefónicawatch, #117–#118).

In mid‑2020, Fortinet expanded its relationship with ElevenPaths to provide security for IT, operations technology, and IoT enterprise environments (Telefónicawatch, #107, #136, and #145).