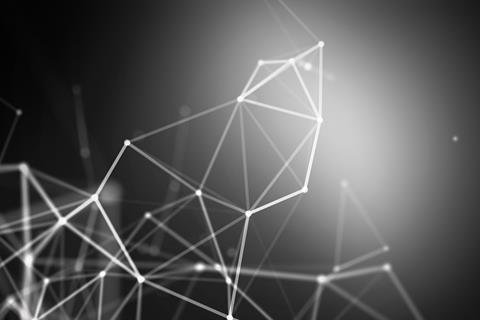 Andreas Sommerwerk, Service Design Lead in the Blockchain Group at Telekom Innovation Laboratories (T‑Labs), Deutsche Telekom’s (DT) research and development unit, gave some insight into what operators will be up against if they go down the distributed ledger technology (DLT) route in automating processes and settlement associated with wholesale roaming.

“A blockchain MVP [minimal viable product] is only 20% dealing with blockchain technology”, said Sommerwerk. “The other 80% is do with governance, data protection, and other legal issues. Talking to lawyers and regulators takes up most of the team’s time”, he added.

Sommerwerk went on to say that making physical connections with other operators means “discussions about how to get through firewalls, and not how blockchain actually works”.

In bed with GSMA

Sommerwerk, who was speaking on a Meetup webinar on telco deployment of Hyperledger Fabric, gave an update on work carried out by several operators in partnership with the GSM Association, to create a wholesale roaming product based on blockchain.

At first glance, much progress has been made. In February 2020, the wholesale divisions of DT, Telefónica, Orange, and T‑Mobile US said they had created what they claimed was the first inter-operator blockchain network (Deutsche Telekomwatch, #92).

Although this might have been technically true, Sommerwerk emphasised there was still a lot of work to be done before a full, end-to-end wholesale roaming product was ready. For this to happen, three stages of a wholesale roaming service need to fall under the blockchain umbrella: creating and signing off in contracts; tracking volumes; and settling payments.

The operators’ February 2020 showcase was a proof‑of‑concept, and was limited to digitising and automating the creation of inter-operator roaming contracts aided by customer authentication capabilities provided by Hyperledger Fabric infrastructure. This type of work is typically done on paper contracts and then sent by snail mail.

“Settlements is the next step, as volume tracking is probably the hardest thing to do”, said Sommerwerk. “This not only because of sheer data volume, but also due to complexity caused by different data formats”, he added.

Other operators involved in the GSMA Blockchain Working Group, aside from the ‘gang of four’ that showcased inter-operator blockchain capabilities, comprise Hutchison Telecom, KT, Turkcell, Verizon Communications, and Vodafone.

CBAN and GSMA: two links in the chain

The GSMA Blockchain Working Group is not the only blockchain-based settlement horse being backed by DT.

Formally launched in January 2020, the Communications Business Automation Network (CBAN) consortium — which includes DT as a member — is similarly focused on automating settlement procedures, based on DLT, with the aim of faster time-to-revenue in a “trusted environment”. It is an offshoot of the TW Global Leaders’ Forum.

In an attempt to prevent industry fragmentation, CBAN and the GSMA recently agreed a partnership to collaborate on each other’s blockchain settlement initiatives.

“Our goal is to develop definitions for settlement of any for any type of traffic that is traded and needs to be settled between providers, whereas GSMA focuses more on the world of mobile roaming”, said Louisa Gregory, CBAN’s Chief Executive, recently. “I don’t think we’re necessarily in conflict with each other. We have a desire to work together and make sure that whatever solution we bring will meet the needs of industry”, she added.

DT in the Clear

DTGC’s view of blockchain as a transformative technology is having wider impact within the DT ecosystem.

Clear leverages blockchain technology to enable high-volume business-to-business transactions, particularly targeting cross-border payments in the telecoms industry. Chief Executive Gal Hochberg said that the system “creates interactions in ways that are auditable, cryptographically secure”, and “ensures that both sides are synced and seeing the same information”.

The vendor previously indicated that its platform was being used by some members of GSMA Blockchain Working Group as the basis for testing out settlement automation.