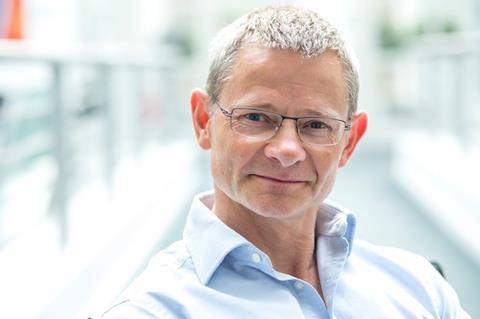 Across the day, BT’s shares fell as much as 8%, suggesting that an initially optimistic market may have taken more negativity from the Q3 performance and immediate prospects than was obvious from the longer-term perspective of BT executives and analysts across the calm and largely very civil call.

This 9m period saw revenue (£16.1bn, ‑7%), adjusted EBITDA (£5.6bn, ‑5%), and pre-tax profit (£1.6bn, ‑17%) all squeezed, but full-year outlook was actually slightly enhanced for what BT currently deems its critical metrics, i.e. the EBITDA and free cash flow needed to fund dividends and capital investment (there was no mention of the pension deficit). Debt was reduced by almost £1bn to £17.3bn, and capital expenditure increased 5% to £3bn. BT kept mum about its prospects and exposure in relation to the Mishcon de Reya proposed landline class action case.

At two hours’ duration, the call again seemed overly long, even for Group Chief Executive Philip Jansen, who seems prey to getting a little snarky with questioning analysts around the 90‑minute mark. At full-time (to what sounded like good humoured chuckles in the background, possibly from Group Chief Financial Officer Simon Lowth), he seemed to be starting to bear his soul and go completely off script, and in doing so revealing both intense frustration at the slow pace of ‘transformation’ (to which he gave at least a five-year timescale), as well as defaulting to some tech-lingo. It almost felt like he was desperately trying to gee himself up, and reassure the audience that BT will ultimately come good, albeit requiring more patience than anyone would like. To be fair, there were earlier mea culpas scattered though the call, including from Lowth (BT doing things too slowly) and BT Consumer boss Marc Allera (fixed-line predecessors’ mistakes needing rectification).

It is very evident that Jansen is setting huge store on incoming Chief Digital and Innovation Officer Harmeen Mehta to sort out BT’s “complicated [IT] estate”, which is considered essential underpinning for digital transformation, as well as to drive new growth propositions, and tag team Chief Technology and Information Officer Howard Watson on the networks side. Arguably, this raises the pressure on Watson to ensure his domain is also being swiftly and compatibly modernised, and he was oddly absent on a call where even regulatory and HR peers unusually featured. Jansen may have laid this down when he said “we’ve got the best fixed network [and] we’ve got the best mobile network; by definition, that gives the opportunity for the best converged network”.

There is also a sense that Jansen has traded marquee signings, with Mehta stepping in just as Chief Strategy and Transformation officer Michael Sherman moves on. Amidst Jansen’s despair over the pace of transformation, he made clear that wingman Lowth with his McKinsey background was more than capable of adding Sherman’s strategy brief to his remit. The subtext seems to be more walk, less talk.

For all the hullabaloo about FTTP rollout and adoption (the former expanding by over 10,000 a week to 4.1 million, the latter up 20% in the quarter to 790,000), BT is reporting even faster uptake of its orphaned Gfast technology (up 28% to 177,000) despite practically no footprint expansion, and with the latter like FTTC also affected by lockdown.

Buried within BT’s trading update were a couple of interesting transactions. The Group said it had monetised “a non-strategic revenue stream generated from our [BT Enterprise] building infrastructure”, but refused to give TelcoTitans any details, saying the “detail of the transaction are [sic] confidential and it is not material enough to trigger any disclosure obligations”, despite being larger than the cost of Brexit preparations. In another Enterprise transaction, BT has exercised an option to buy out its Swedish minority partner in BT OnePhone, a comparatively small but fast-growing 2014 joint venture that reported £22m revenue and £11m profit for FY19–20.

Calendar of opportunity and concern

Amidst the again cursory glance at recent financials, the attention was largely on the macro picture and future, including: