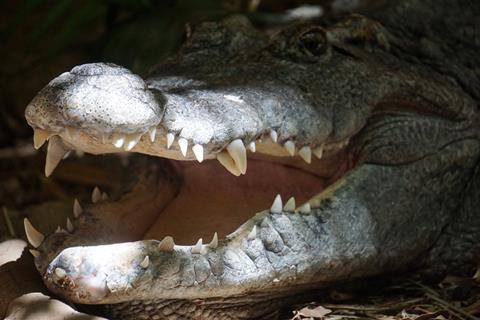 BT Group denied it was in talks with infrastructure funds to sell a multibillion pound stake in Openreach, after a report in the Financial Times (FT) suggested early-stage negotiations were underway with potential investors. The initial report suggested the Group was interested in finding an investment partner for the access services division to help finance the £12bn extension of its full-fibre network.

The FT cited “three people with knowledge of the discussions” as claiming BT had held “early-stage” talks with potential buyers including notorious Australian infrastructure investor Macquarie Group and an unnamed sovereign wealth fund during the past three weeks.

According to the FT, the talks valued the division at about £20bn, roughly double BT’s current market capitalisation (or around two-thirds of its enterprise valuation), which sank to its lowest level since 2009 after the Group suspended its dividend in early-May 2020. City analysts value Openreach at between £14bn and £22bn.

While BT has officially declined to comment on the report, an internal memo written by Openreach Chief Executive (CEO) Clive Selley and reportedly seen by the Evening Standard, informed employees that BT Group CEO Philip Jansen had dismissed the story. In the memo, Selley assured staff that “He is very clear – the story is inaccurate. Openreach is staying in the BT Group”.

Reuters also cited a source close to Macquarie as stating that it had not expressed an interest in acquiring a stake in Openreach.

In the hours following the FT report, the Sunday Telegraph’ ‘s Business Editor Chris Williams tweeted that his understanding of the situation was that sovereign wealth funds had made informal approaches to BT Group in recent weeks, but that these related to the prospect of taking a stake in BT Group, and not just Openreach. Williams also said, without stating sources, that no talks are ongoing.

In response to the rumours it was noted that, had talks been ongoing with potential investors, recent BT Group share acquisitions by operating committee members including Chairman Jan du Plessis and CEO Philip Jansen would likely have been forbidden. Instead, as BT shares sank below 100p in mid-May 2020, the Group revealed that Jansen had committed £2m on increasing his stake, while du Plessis added shares valued at more than £0.5m.

BT has also consistently resisted calls to spin off its access services operations, or otherwise monetise the business in recent years. Most recently, at the Group’s results presentation for the year-ending 31 March 2020 (FY 19-20), Jansen stressed that now was not the time to consider any change in the structure of the Group in relation to Openreach. With the security of national communications infrastructure a current hot topic, and media and political resistance to overseas control of the nation’s “crown jewels” ingrained, any approach by sovereign funds is likely to meet considerable external resistance.

There is then the perennial issue of the Group’s huge pension liabilities and deficit, and uncertainty as to how that would be addressed in any spin-off or stake sale. The latest triennial review of the BT Pension Scheme is just getting underway, which will attempt to determine the relative health of the fund, and any further action the Group may need to take to address the shortfall in its value in the mid-term.

Earlier this month, BT suspended its dividend for the first time since its privatisation in 1984, in order to enable it to invest in its full-fibre rollout, deal with the repercussions of the coronavirus crisis, and ensure it could meet obligations over the pension fund deficit. Dividends are expected to resume for the 2021-22 financial year, at a halved to 7.7p per share. The telco’s shares fell by nearly 10%, at the time. Following the FT story, however, BT’s shares jumped 8%, were still up 6% at the time of the Evening Standard first reporting the denials, and finished the day 5.5% higher.