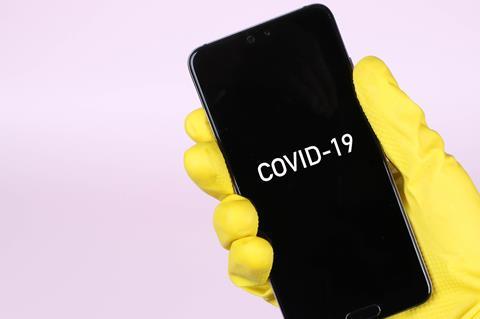 His note, published on 3 April 2020, said Vodafone had seen six months’ worth of forecast demand growth emerge in March 2020 and the CTO gave his thanks to colleagues who had made the Group’s response possible in “extraordinarily challenging times”.

Wibergh highlighted that mobile data usage had spiked by 15% (with 30%‑rises seen in Italy and Spain) and mobile voice calls had risen by 40% (although he did not say whether this number was minutes, volume, or other). Fixed broadband usage was said to have increased by 50% in Italy and Spain, with upstream data flows doubling in some markets from the rise in video conferencing usage. Streaming had extended the operator’s traditional evening traffic peak throughout the day while also putting additional strain on its networks during the evenings.

To manage the surge in demand, Wibergh said Vodafone had accelerated plans to add 4Tbps of additional capacity to its networks in March 2020 and April 2020, alongside use of video optimisation and traffic management tools. It is also upgrading the number and size of interconnection points with other operators, which will see a claimed increase in the capacity of some streaming provider caches by 60% by the end of April 2020.

He welcomed the move by a number of content providers, including Amazon, Netflix, and YouTube, to reduce streaming video quality after an agreement with the European Commission. Mobile network operators are urging customers to use landlines or VoIP services for longer calls.

In Vodafone’s markets, numerous OpCos released details of their individual network strengthening strategies, with network redesign and capacity expansion aided in some cases by use of temporary spectrum freed up by regulators (in Ghana, India, South Africa, and elsewhere), work with authorities to free up access to network sites, and deployment of temporary solutions (India’s Vodafone Idea and rivals Bharti Airtel and Reliance Jio Infocomm, for example, were reported to be considering the deployment of “cells on wheels” to ease network congestion).

It remains to be seen how the focus on short-term responses has affected network initiatives planned pre-crisis. On 9 April 2020, Vodafone Germany said it had completed more than 1,000 new LTE projects in the previous four weeks, despite the crisis. VodafoneZiggo was reported to have put long-term DOCSIS 3.1 upgrading and analogue switchover plans on pause, however.

Fuller analysis of the pandemic’s impact on Vodafone’s technology, operations, and strategy will appear in the coming issue of Vodafonewatch, as part of a review of the Group’s coming annual results.