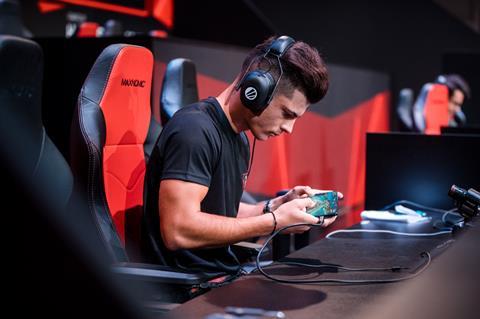 Vodafone continued efforts to secure ground in the cloud-based gaming space with the release of a new streaming platform in Italy, and further services for mobile data users in the country.

The GameNow platform was announced by Vodafone Italy (VfIt) in late-September 2019, and is delivered via a partnership with Ubitus, a Taiwanese vendor of cloud‑based media streaming software. As well as using Ubitus’s “5G‑native” GameCloud technology, the service is said to be based on a “Vodafone 5G edge computing platform”, seemingly integrated with the Giga Network 5G system VfIt launched in June 2019 (Vodafonewatch, #177).

It offers “all‑you-can‑play” access to more than 60 game titles for consoles, personal computers, smartphones, tablets, and televisions, and will be marketed “exclusively” to VfIt subscribers. Neither VfIt nor Ubitus mentioned whether GameCloud was set to be rolled out by other Vodafone OpCos.

In June 2019, when VfIt became the first Group OpCo to introduce 5G, it said it had implemented coverage in five cities: Bologna, Milan, Naples, Rome, and Turin. Its aim is to extend its Giga Network 5G offering to 100 cities by 2021. Its 5G technology partners include Huawei Technologies and Nokia, which both collaborated with the OpCo on development work at its 5G testbed in Milan (Vodafonewatch, #165 and passim).

VfIt’s announcement of GameNow came as part of a broader set of gaming-related news from the OpCo, released to coincide with September 2019’s Milan Games Week event. These included the introduction of a €5‑per‑month Vodafone Power Gaming add‑on for mobile data users, progressing the Vodafone Pass content access system Vodafone debuted in 2017 (Vodafonewatch, #158).

Pointing to the opportunity to acquire and retain customers through Vodafone Power Gaming, VfIt claimed to have seen the volume of gaming data traffic on its network expand by 125% in the past year, driven by rapid growth in streaming. Like other Vodafone Pass offerings, it is likely to see the service as a feeder for 5G plans, which are currently tiered by data allowance (as opposed to speed, like some other OpCos’ tariffs) and build up to an “unlimited”, €59.99‑per-month offering, branded “RED Unlimited Black”. It is also likely positioned as a platform to build more loyalty within Italy’s highly competitive and prepaid-dominated mobile market, as well as representing another nod to the One More Service up‑selling mantra that increasingly dominates Vodafone’s commercial strategy.

VfIt’s moves add to a broad mix of partner-led and direct plays by Vodafone and European rivals, as they seek to build traction around cloud gaming and 5G: