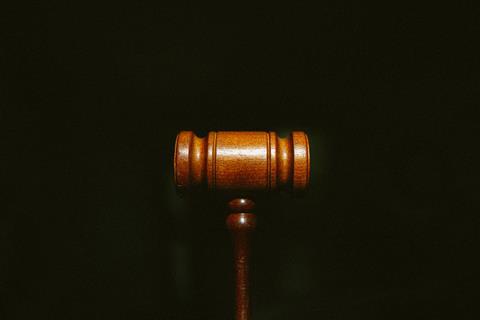 Telefónica UK (O2 UK) was said to have warned regulator Ofcom that it intends to legally challenge 5G auction rules over oft‑cited concerns about mid‑band spectrum fragmentation (Telefónicawatch, #138, #140, and #141).

Objections add to timeframe uncertainty, too

An earlier report in The Sunday Telegraph suggested Vodafone has called on the government to scrap the auction because of the pandemic — and instead allocate the spectrum fairly among the four UK operators at the reserve price of £1bn (€1.1bn). The Group apparently outlined its proposals in a letter written to Oliver Dowden, the UK Culture Secretary, and industry rivals (Vodafonewatch, #185).

In Ofcom’s Plan of Work 2020/21, it is notable that it has assigned 2020–2021 as the ‘milestone’ for the planned 5G auction. The regulator more recently acknowledged that it would not be in a position to begin the auction process until November 2020, at the earliest. While launching a consultation on the reliability of the technical modelling used for structuring the auction, Ofcom said a late‑2020 commencement is the best that could be hoped for, as it assesses the way it can orchestrate a secure and resilient auction while protecting the “personal safety” of participants, and guaranteeing the integrity of the process. The consultation on the assumptions included in the modelling, particularly around whether it is technically feasible to support a wide range of 5G services with holdings of spectrum smaller than 80MHz, may be intended to help head off the legal action threatened by the operators.

As is the case in a number of European markets, the pandemic has also delayed efforts to clear digital television services from the 700MHz band in order to release the spectrum for mobile data. Ofcom said the final two 700MHz clearance events, originally scheduled for April 2020, have now been postponed. “As a result, the 700MHz clearance programme will now be paused until restrictions due to the coronavirus are relaxed”, the regulator said.

Nick Blades, Director of Regulation, Competition and Data Policy at Telefónica Group, said Spain and the UK had both highlighted they will have problems clearing the 700MHz band because of the pandemic (Telefónicawatch, #142). “In those circumstances, we have to think very carefully about whether it’s worth running an auction”, Blades said during an online session of the Spectrum Connectivity & COVID‑19 event in late‑April 2020. He further noted that there is no point in having an auction if spectrum is not available, putting people unnecessarily at risk from COVID‑19 infection.

It is also not yet clear what impact the recently proposed merger of O2 UK and Liberty Global’s Virgin Media will have on the UK spectrum auction (see separate report).

The European Commission (EC) has set 30 June 2020 as the deadline for European Union (EU) member states to clear the 700MHz band for mobile data services. Reallocations can be delayed by up to two years if there is a justified reason, including force majeure.

In April 2020, Andreas Geiss, Head of Unit for Radio Spectrum Policy at the EC, said the Commission does not currently see any need to change deadlines for the pioneer frequency bands (700MHz, 3.6GHz, and 26GHz) for 5G deployment. While acknowledging that some EU member states might have some justification for a delay, he said most countries are moving ahead with their plans. “It would be shooting yourself in the foot if you delay beyond what is absolutely necessary”, he said, pointing to the importance of 5G rollout to help economic recovery in the aftermath of the pandemic.

Geiss also called on member states to react in a “smart way” when auctioning spectrum by adding new stimuli, such as low reserve prices, no spectrum reserves for military use, allowing successful bidders to spread payments over five or ten years, and reinvesting auction proceeds back into broadband networks.

Philip Marnick, Group Director of Spectrum at Ofcom, said it is important to get the spectrum out to people and to build networks quickly. He said 5G will continue to be rolled out, albeit at a slightly slower pace, and indicated that the effects of the pandemic had also raised the importance of ensuring strong, inbuilding network coverage.