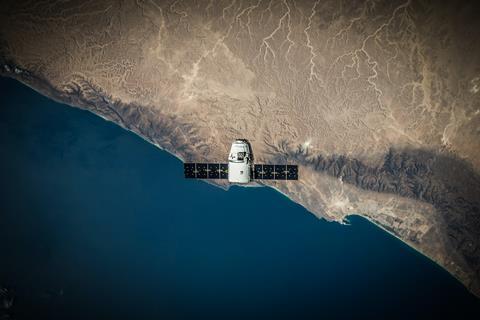 The Royal Astronomical Society (RAS) warned that a significant increase in low-orbit, small satellites could cause lasting damage to space exploration.

According to the Telegraph, Robert Massey, deputy executive director of the society, warned a “serious amount of public money” could be wasted if radio telescopes were blinded by thousands of satellites.

Unsurprisingly, Elon Musk’s Starlink project stands at the centre of the controversy. Though not specifically named by Massey, Starlink plans to launch over 12,000 satellites to deliver internet connectivity to remote areas across the world.

Starlink is not the only business in the frame, with Amazon and the Government-backed OneWeb also planning to launch new satellites in the near future. However, the alleged damage caused by these projects would pale in comparison, with the duo expected to build 3,326 and 648 new satellites respectively.

The RAS said additional light pollution will reduce visibility, while radio telescopes will be at risk due to such significant interference. The UK government has invested £270m in the long-running development of the Square Kilometre Array in Australia, which has been in the works for over 30 years. It also spends tens of millions every year on various observatories throughout the country, such as the Vera, which the UK has invested £20m in. The Society claimed that as a result of these potential launches, the Vera could lose 30-40% of its images.

Massey said: “These communications satellites require powerful downlinks. Historically, you would put a radio telescope in a remote site without interference.

“But if you have a satellite constellation covering by design the surface of the earth there is nothing you can do about it. In a pessimistic scenario, we are shutting out a window on the universe.”

Both the RAS and the SKA have filed complains to Ofcom, calling for it to regulate such expansion, but their concerns do not end with the UK. “We can talk to Starlink and we can talk to OneWeb, but can we have the same conversations with companies in China or Russia if they launch systems?”

The news comes after the RAS provided evidence to an upcoming MP inquiry into the UK space sector. It said, “As a megaconstellation part-owner, the UK government has a special responsibility to provide international leadership in this area. It should ensure that the design of its OneWeb system minimises harm to astronomy, and work with partners at the UN, and in the G7, to develop international guidelines and regulations to protect this fundamental science.”

A OneWeb spokesman said: “OneWeb follows best practices that drive sustainability in space. This year, the company has been in dialogue with astronomical groups and observatories, including the Royal Astronomical Society, to understand the impact that satellites have on observational activities and to create design and operational practices that mitigate harm. We are also undertaking brightness measurements and will be looking at those results to explore solutions as well.”