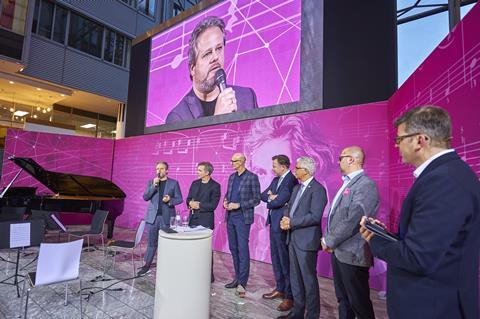 Telekom Deutschland (TDE) ground out more forward progress, financially, in the quarter to 31 December 2019 (Q4 FY19), although questions resurfaced over the NatCo’s positioning in broadband and how competitive exposure could play into its go‑to-market and investment strategy in the coming months and years.

This sluggish top‑line performance no doubt feeds into jitters over competitive pressures on TDE, and whether they will require a response through greater commercial and/or infrastructure spend, prospectively dampening profitability and cash flow. It also re-emphasises Group leadership’s current preoccupation with combatting churn through customer experience improvement and service expansion, particularly in the residential market (Deutsche Telekomwatch, #96 and passim).

… but broadband user trends are a clear worry

Commercially, there were scratches in the veneer, however. The most of obvious of these was a resurfacing of management concern regarding TDE’s performance on broadband, echoing the leadership’s expressions of dissatisfaction with customer acquisition and retention trends after Q2 FY19 (Deutsche Telekomwatch, #86).

In response, Group Chief Executive (CEO) Timotheus Höttges reaffirmed expectations on TDE to secure a 40%‑share of broadband net additions each quarter (the Group did not release figures on this metric but Head of Investor Relations Hannes Wittig suggested TDE was “pretty close” to the target).

The broadband pressures kept significant focus on how much cash Deutsche Telekom’s (DT) management chooses to spend in its home market — and where it apportions that money.

Across FY19, TDE continued to keep spend under a tight rein. Excluding spectrum costs, the NatCo’s FY19 capex was within €2m of FY18’s figure, keeping in tune with the stable capex “envelope” in which DT is seeking to keep the NatCo corralled. This helped offset the initial expense of Germany’s runaway 5G auction — completed in mid‑2019, with DT forking out €2.17bn (Deutsche Telekomwatch, #84).

With broadband competition biting, however, there is an evident possibility that the Group will need to free more funds for a more aggressive approach to fibre-to-the-premises (FTTP) expansion, especially with key rival Vodafone Germany making a major promotional push around cable-based Gigabit connections, following its 2019 amalgamation of Unitymedia. Vodafone’s commercial push was scheduled to come to an end in April 2020, so will also have had a major impact throughout Q1 FY20 and so will likely see further discussion when that quarter’s figures are presented in May 2020.

Höttges stressed he was not having “sleepless nights” over the questions surrounding broadband/FTTP strategy. The situation is undoubtedly awkward for DT’s leadership, though — and likely to remain so as long as broadband trends remain sluggish.

DT has long acknowledged the variety of conflicting spend pressures it is under in its home market, with regulators and customers constantly pushing for more funds to be spent on improving experience and service, while shareholders urge ‘rational’ outlay, with maximisation of return on capital expenditure (capex), and other parts of the Group battle to attract a greater share of the pot too.

Project-wise, too, there is major complexity around DT’s priorities. Some pressures are being lanced, as seen with the end‑FY19 completion of two major, long-running programmes: All‑IP Transformation in the German residential segment; and expansion of fibre-to-the-cabinet to 80% of German homes. Others are ratcheting up, though — such as (macro‑ and small‑cell) site expansion, 5G upgrading, and FTTP.

Under plans laid out at DT’s last Capital Markets Day, TDE’s FY17–FY21 brief includes a ramp‑up in FTTP rollout to enable passing of two million new households-per-annum, following a broadening of focus beyond less costly hybrid fibre‑copper solutions. It is also aiming to deliver 5G to more than 1,500 sites across more than 20 cities by 31 December 2020. Deutsche Funkturm, the Group’s centrally-run German wireless infrastructure arm is mandated to accelerate site expansion to 2,000 towers-per-year (albeit alleviated by subsequent network-sharing agreements with Vodafone and Telefónica Deutschland).

Adding further to this mix is TDE’s primary role in the Group’s latest indirect expense reduction programme, mandating the NatCo to trim €750m of cost from people, processes, systems, and technology across FY17–FY21 — as well as TDE’s coming absorption of business-to-business (B2B) functions from the Europe segment and T‑Systems (see separate report), and now the impact of the COVID‑19 pandemic.

Captain Dirk signs off from the bridge

Although there was no strong evidence of linkage to TDE’s competitive difficulties in broadband, the Q4 presentation was prefaced by an announcement by DT that Dirk Wössner, CEO of TDE, is to depart the Group on 31 December 2020.

Wössner — previously mooted as a successor to Höttges — joins recent years’ trail of telco executives that have jumped ship into the (allegedly more glamorous) world of cloud computing. The Group said he will become CEO of a “fast-growing software company” in 2021, with no further details given. A successor has not yet been named.

The long lead-time gives Wössner at least a few months more to pursue TDE’s goals around FTTP, 5G, cost reduction, and B2B reshaping, but it will be interesting to see if his replacement comes in with stability or change in mind.

Also to watch will be Höttges’ stress on “internationalisation” with his latest CEO appointments at T‑Systems (Adel Al‑Saleh), T‑Mobile US (John Legere and now Mike Sievert), and the Europe segment (Srini Gopalan). Extension of this approach to DT’s home-market business would speak volumes.