DT moves AI beyond the lab with new lead 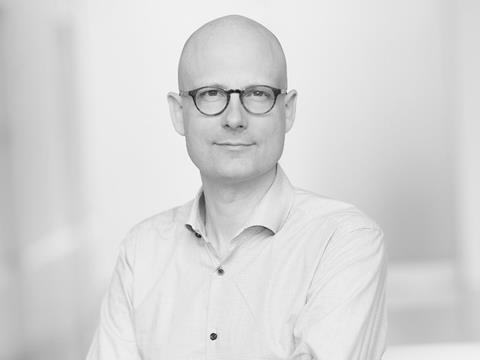 DT moves AI beyond the lab with new appointment

Deutsche Telekom (DT) appointed Jan Hofmann its new head of artificial intelligence (AI), marking a strategic shift in how it treats machine learning and AI within the Group.

Claudia Pohlink, who served as Head of AI at Telekom Innovation Laboratories (T-Labs) from September 2018 to December 2021, has now moved to Deutsche Bahn as Chief Expert Data & Programme Manager, House of Data.

The fact that Hofmann is not part of the T-Labs team suggests DT is becoming more serious about the commercialisation of products based on AI, such as its Magenta voice assistant.

The spokesperson confirmed that T-Labs no longer treats AI as a “dedicated topic” because it has become an underlying technology for many services. However, AI still forms part of other research activities such as future networks, quantum communications, and security.

Pohlink previously flagged Robust AI (an industrial-grade platform) and quantum AI as key areas of interest for T-Labs (Deutsche Telekomwatch, #89). Nemat recently made reference to DT’s Robust AI as a programme that aims to eliminate bias when building algorithms.

Part of the conversation

Hofmann, clearly an AI enthusiast at DT, appears to have a broad remit to support programmes and services that are based on machine learning algorithms. For example, he is an organiser of, and active participant in, DT events such as the AI Summit, and promotes innovation projects such as One Conversation, described as DT’s “AI-powered programme on next-level customer interactions”.

One Conversation focuses on two key initiatives: the Frag Magenta (Ask Magenta) voice assistant and Magenta 4U, which aims to personalise conversations with Magenta.

Hofmann said AI can help a company of DT’s size to “listen to, understand, and act upon all of the millions and millions of feedbacks we get from our customers”.

He also noted that close collaboration among operational and research units is required to ensure that AI-based services are successful, while “digital empathy” and “customer trust in AI” are key to ensure the ethical use of such technology.

Hofmann highlighted a panel discussion that featured Magenta via a smart speaker and Reghu Ram Thanumalayan, Senior Vice-President, Magenta Voice Programme, Product Innovation. Thanumalayan said voice assistants should eventually become “omnipresent” in the sense that people will interact with them everywhere in an increasingly natural manner.

The development of the Frag Magenta voice assistant aligns with the Group’s ‘voicification’ strategy, a key strategic theme for the operator that embraces voice processing and adjacent technologies (Deutsche Telekomwatch, #87, #95, and passim). Under the Telekom Voicification Suite, DT markets a “one-stop-shop” for smart voice applications, platforms, and tools that are targeted at enterprise users.

The rejig came as Nemat highlighted considerations of the societal implications of DT and others’ AI work, suggesting that software coders should commit to a strict work ethic in order to increase confidence in the algorithms that underpin AI and machine learning (ML). “Maybe we need something like… an equivalent of the Hippocratic Oath for software engineers”, Nemat said, “at least committing not to do something out of intention that produces harm”.

Nemat was taking part in a panel during Webit Global Impact Week that discussed the social impact of technology innovation and AI. She noted that DT already uses AI to carry out practical tasks such as the automated planning of fibre networks using cameras and cars — tasks she said the Group could not do otherwise because of a shortage of fibre planners in the market. As well as taking on repetitive work, and allowing human beings to focus on more interesting and valuable occupations, Nemat said machines and algorithms “will lead to a new mass democratisation of services — services which previously were only available for rich and privileged people”. Nemat acknowledged that societies will encounter friction as they transform themselves using disruptive technologies such as AI. The question is, she said, “how do we deal with the transition in a way that it doesn’t create turmoil as we go?”

Nemat believes there are some key principles that need to be adopted and adhered to, such as maintaining data privacy and data sovereignty at all times, and creating “truly human-centred technology” that “will also be good for commercially viable B2C [business-to-consumer] services”. Nemat claimed that DT was among the first companies in Europe “to at least formulate guidelines for the way we want to develop and deal with algorithms. For example, one of the guidelines was that, in the end, there’s always a person… accountable for the outcome”.