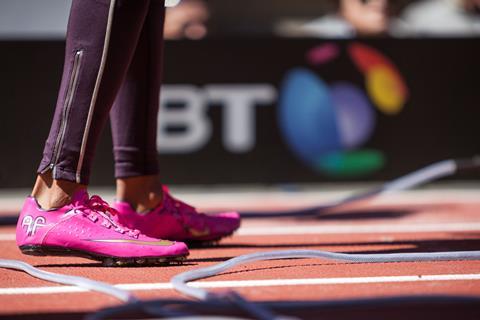 For example, one of the AR applications streams multiple live video streams and photo‑real images of MotoGP Grand Prix motorcycle racing, displaying a track where the race and individual riders are visualised in 3D. Viewers can choose how to watch the event and opt to see extra information such as replays, rider lap time stats, and profiles.

In another AR application, real‑time volumetric video of a live boxing match is captured and streamed to viewers to watch the event as a virtual hologram with commentary that is synchronised with the live TV broadcast. Replays can be watched from any angle.

BT Sport has experimented with these mixed reality-type applications previously, but this research consortium and funding means the broadcaster can “really accelerate these experiences”, according to Matt Stagg, Director of Mobile Strategy at BT Sport, who added that the broadcaster wants to give fans the opportunity to “build their own experiences as they would like”.

The tests for the 5G Edge‑XR project will run on a platform that includes equipment from Samsung, according to the Department for Digital, Culture, Media & Sport, which is noteworthy because it represents the first time the vendor has participated in the UK’s 5G Testbeds and Trials programme. Samsung provides the 5G radio access and core network, alongside network functions virtualisation management and orchestration, for the European Union-funded 5G Verticals INNovation Infrastructure (5G‑VINNI) project at BT’s Adastral Park research centre (BTwatch, #315).

Separately, BT Sport was busy demonstrating 5G for remote production, as part of an IBC Accelerators proof of concept involving nine other broadcasters, including Al Jazeera, the BBC, and ITV. The demo in September 2020 showed live remote production from three locations in Amsterdam and London using 5G‑connected cameras, one of which was controlled by AI, and VodafoneZiggo’s 5G network.

The demo indicated that, while there is potential, it is early days for 5G remote production use‑cases. According to Ian Wagdin, Senior Technology Transfer Manager at the BBC, and project lead for the IBC demo, “some things worked and some things we had to scale down our ambitions”.

For example, the project wanted to demonstrate using a “non‑public standalone” 5G network, which is described as “5G in a box”. However, Wagdin explained that lockdown restrictions during the planning and set‑up process meant that “we just couldn’t get the kit in the right place at the right time… and the spectrums all to marry up”, and so had to revert to Wi‑Fi for that portion of the demo.