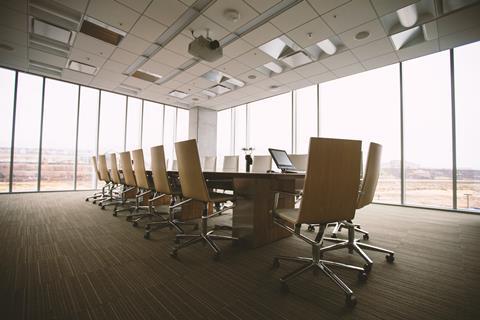 In another signal to suppliers that they are serious about open radio access networks (open RAN), Vodafone and three other European operator heavyweights joined forces to promote the nascent tech.

In a Memorandum of Understanding (MoU) signed by Vodafone, Deutsche Telekom, Orange, and Telefónica, the four pledged to work together with “existing and new ecosystem partners”, as well as industry bodies — O-RAN Alliance and the Facebook-backed Telecom Infra Project (TIP) were name-checked — and European policy makers.

The MoU, as way of background, claimed that its signatories were already “individually promoting” a strong competitive European industrial and manufacturing base for open RAN. Going forward, however, in a bid to generate more attractive economies of scale for smaller suppliers, the four have pledged to support the inclusion of “common” open RAN architecture, requirements, and specifications in their respective procurement processes for commercial deployment.

Standardisation work, as the MoU makes clear, will still be the preserve of industry bodies. The O-RAN Alliance, repeatedly referenced in the MoU documentation, is seen as key here.

The MoU comes into operation when signed by the “authorised representatives” of the founding members. This date, as far as Vodafonewatch can tell, has not yet been set. The current MoU runs until 31 December 2024, from the “effective date”, although this term can be extended by mutual agreement of the signatories.

With a clear nod to the MoU, Wibergh said that Vodafone aims to open R&D labs for new smaller suppliers to develop their products. “But to do this, we need a supportive investment environment and political backing, and we urge European governments to join us in creating the open RAN ecosystem”, added the CTO.

Wibergh’s sentiments on needing more support from governments were echoed by Claudia Nemat, Head of Technology & Innovation at Deutsche Telekom.

“Through our open labs and community activities, we facilitate smaller players to enter the market with their solutions, [but], to build on this foundational work, we urge government support and funding for community activities that will strengthen the European ecosystem and leadership in 5G. ”

The MoU, apart perhaps from the common procurement strategy, does not appear to represent too much of a change in direction of Vodafone’s efforts to promote open RAN. In a recent job description for an Open RAN Senior Engineer, Vodafone pointedly noted that the brief extended beyond having the right technical know-how. The successful candidate was expected to “interface” with industry forums, partners, and potential customers, and be a point man (or woman) for suppliers, markets, and Group functions in the open RAN space.

Of the four MoU signatories, Vodafone is arguably the most enthusiastic and active when it comes to open RAN commercial trials and pilots. Its most ambitious deployment is in Wales and the south west of England, where it plans to roll out 2,600 mobile sites (Vodafonewatch, #191).

Vodafone UK (VfUK) aims to have at least 20% of all its sites based on disaggregated architectures, but that is not until 2027, which is when the UK’s mobile network operators have to stop using Huawei Technologies’ 5G kit.

The OpCo has already started the supplier evaluation process, with selection slated for 2021. Deployments are not expected to start until 2022. In previous open RAN trials, VfUK has worked with Mavenir Systems and UK-based startup Lime Microsystems (see table).

Vodafone can also lay legitimate claim to driving TIP’s ecosystem building efforts of radio hardware suppliers that are compliant (or near-compliant) with specifications developed by its OpenRAN Project Group.

The above RFI appears to build on radio hardware work carried out by the TIP-backed Evenstar programme, which Tenorio acknowledged had “design input” from Vodafone. The initial aim of Evenstar is to build a single-band (1800MHz) RRH using a traditional 4×4 MIMO configuration and 160 watt power consumption, and compliant with application programming interface specifications drawn up by the O-RAN Alliance.

Progress has been made. In December 2020, Mavenir and Microelectronics Technology, in collaboration with Facebook Connectivity, announced general availability of the Evenstar B3 RRHs according to those specs.