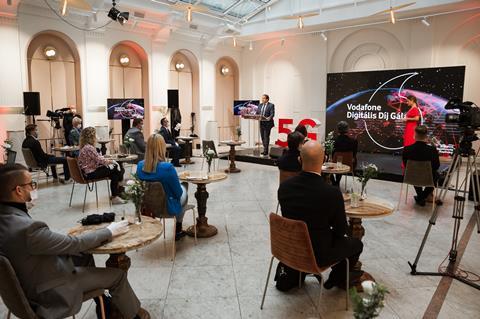 Vodafone Hungary (VfH) forked out HUF 41.9bn (£99m/€114m) to extend licence durations in the 900MHz and 1800MHz frequency bands (see table). The licences were due to expire in April 2022, but now run to April 2037. Provided operators meet certain obligations — the details of which were not made clear — the 15‑year concessions may be extended by five years, to 2042.

Telenor Hungary was the biggest spender in an auction that raised HUF 150.2bn in total.

In early‑February 2021, shortly after the 900MHz/1800MHz auction was wrapped up, NMHH appeared to put another issue to bed.

The authority announced that Hungary’s Supreme Court had ruled in its favour over the decision to block Digi Communications, the parent company of pay‑TV and broadband player Digi, from participating in the 2020 multiband auction. Digi subsequently took legal action against NMHH, but the Supreme Court ruled it had acted “lawfully”.

Through what seems a technicality, Digi’s Hungarian subsidiary was not allowed to take part directly in the multiband auction. NMHH took the view that any concessions it acquired would be handed over to its broadband and pay‑TV operation, thus affecting the “purity” of the auction process.