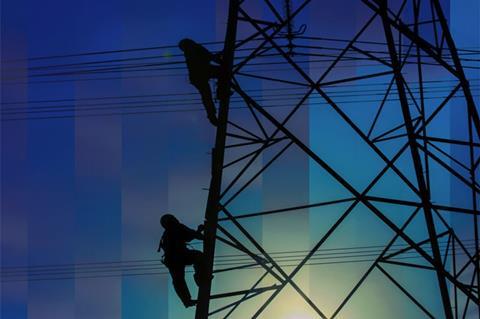 Zehetner does not have far to travel to take up his new post. Already based in Düsseldorf, he was Commercial Director at Ericsson, in charge of sales in western Europe, for more than five years. Before that he had a three-year stint as Head of Sales Services at VimpelCom (now VEON).

Germany is Vantage Towers’ biggest market and the TowerCo is optimistic that United Internet-owned 1&1 Drillisch, the country’s would-be fourth national mobile network operator (MNO), presents an opportunity to make it even larger. Zehetner has the chance to quickly make his mark in his new role if he reels Drillisch in.

Vivek Badrinath, Chief Executive of Vantage Towers, certainly has high expectations. Speaking at the company’s Capital Markets Day in November 2020, he said Vantage Towers was “ready to meet new demand, including from the new entrant”. Capturing significant business from Drillisch would be a key win for Vantage as it pursues a medium-term ambition of adding 15,500 extra tenancies to its towers, boosting revenue and margin (Vodafonewatch, #193).

Zehetner and Vantage Towers will not have a clear run, however. Alexandre Mestre Molins, Chief Executive of Spain’s Cellnex, which recently teamed up with Deutsche Telekom to establish a joint fund to invest in digital infrastructure in Europe, also sees Drillisch as a “new opportunity” for its German partner.

Speaking on a call with analysts earlier this month, ostensibly to talk about the agreed acquisition of SFR’s infrastructure assets in France, Molins, as transcribed by CQ FD Disclosure, added that Cellnex will not be a player in Germany, but rather an interested spectator.

“It’s going to be interesting”, he said. “You have now a new entrant with a material portfolio and two other tower companies with vertical integrated concept, which are going to be Vodafone on one side and Deutsche Telekom on the other side”.

The Cellnex CEO said he was keen to observe how “market dynamics” will play out in Germany, and, hopefully, learn from them.

Telxius, Telefónica’s infrastructure business — and strangely not mentioned by Molins — would seem another TowerCo option for Drillisch. Last year, Telxius announced it had reached an agreement with Telefónica Deutschland (O2) to acquire approximately 10,100 sites for a total of €1.5bn. Telefónica Group agreed to sell the tower division of its Telxius subsidiary to American Tower for €7.7bn (£6.9bn) in January.

When will Drillisch be ready?

Drillisch has long insisted that it first requires a national roaming deal before it starts building its own 5G network in earnest. Such an agreement should enable a smoother transition from mobile virtual network operator (MVNO) into a fully-fledged MNO.

In the absence of a national agreement, Drillisch’s progress on 5G has been of the glacial sort. Markus Huhn, Chief Financial Officer of Drillisch, recently conceded that only two 5G antennas have been installed to date “as test equipment”. He added that the operator was talking to five or six 5G vendors on matters such as antenna sites and network architecture, but was apparently unable to sign a contract until a national roaming arrangement was put in place.

A breakthrough might be in the offing, however. The European Commission (EC), recently gave the thumbs up to O2’s revised national roaming offer to Drillisch. The operator has until 19 February 2021 to accept the revised terms and conditions.

What happens in the event Drillisch rejects the offer is not entirely clear, although it has also been in discussions with Telekom Deutschland and Vodafone Germany about securing a national roaming agreement.

Involvement by Brussels stems from a condition made by the EC regarding merger clearance of Telefónica’s German operations with E‑Plus in 2014 — namely to convert its existing multi‑bit access (MBA) MVNO agreement with Drillisch into one that has national reach. The EC’s aim is to give Drillisch a helping hand to compete with other MNOs as it starts rolling out 5G. In 2019, Drillisch spent just over €1bn on frequency rights to fuel its MNO ambitions (Telefónicawatch, #136 and #143). National roaming talks between the two operators have dragged on interminably, with O2 declaring in October 2020 that it had made its final offer. The EC concluded, however, that the offer was not fully in line with operator’s commitments under the EU merger clearance decision. The latest and improved MBA MVNO pitch from O2 includes lower prices and backdated payments.